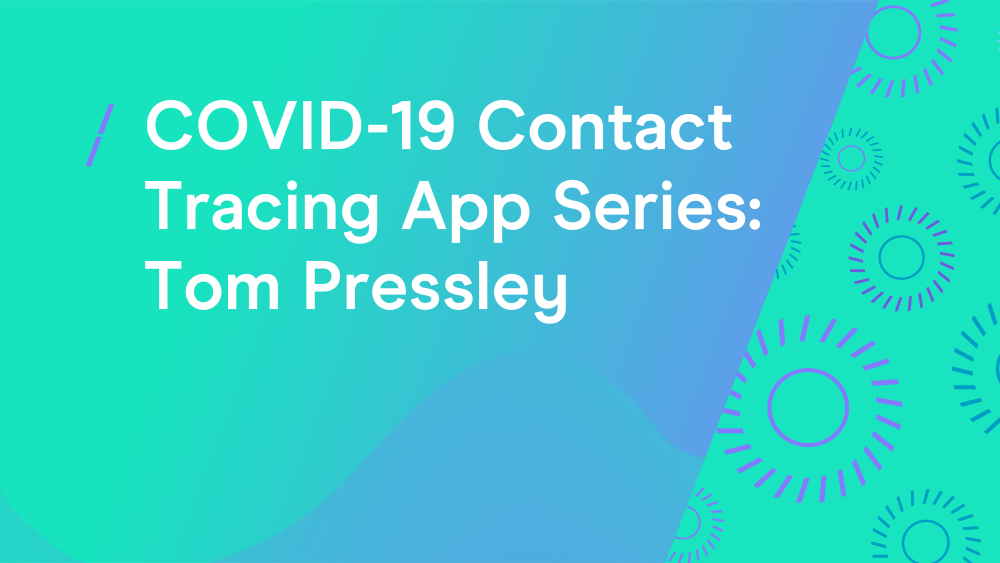 "Crucially, this is not some pie in the sky technological fantasy. It works, reliably and effectively. Just as the pandemic was mounting as a crisis in March, Everbridge rolled out PWS to the third of Norway’s three mobile networks in just six weeks."

It’s been a challenging few weeks for those advocating technology as a solution to tackling Covid-19. Inevitably, the Government’s efforts to develop a bespoke contact tracing app have not exactly gone to plan. After almost £12 million and a high-profile public trial on the Isle of Wight, they admitted defeat. Ministers have pivoted to the Apple-Google model – but it’s far from clear that will ever work properly either.

At Everbridge we’ve warned for months that apps are not a silver bullet in fighting this pandemic- our evidence published by the Science and Technology Committee outlines this. Contact tracing is an inherently human exercise: it’s work that depends on people engaging with a system, exposing their contacts, helping the community as a whole by sharing where they have been and who they have seen.

This is true all over the world. It’s disheartening to see the same mistakes made over and over again. Apps have got up and running but their shortcomings, including that this is not what Bluetooth was ever designed for and the signals aren’t guaranteed to reach everybody, come up again and again.

But it is also the case that technology can play a vital role in combatting the pandemic – indeed it has in many countries.

Public Warning Systems (PWS) are based on mature, reliable technologies. In a nutshell, they use existing mobile networks to send text alerts to phones in a designated area. That might be everyone in the country, everyone in a city like Leicester or everyone in a specific neighbourhood.

At Everbridge we pioneered this 20 years ago in the aftermath of 9/11 and it’s now in use by more than 5,000 companies, countries and public authorities. The platforms – known as Cell Broadcast and Location-based SMS – now form the basis of EU guidelines on how to run a PWS.

Text-based PWS have been used to respond to the pandemic in places like New Zealand, Norway, the Netherlands and Greece. The platforms have been used to share public health information and lockdown instructions swiftly, efficiently and virtually universally with the population.

It’s helped. Data shows that countries with effective PWS have fewer cases. Clearly there are lots of factors involved – lockdowns, other public health measures, transport restrictions – but effective communication with the public is one of them. There are lessons to be learned for the UK.

It’s also true that PWS offer resilience against future crises. Technology such as ours has been used to send billions of messages about natural disasters, extreme weather, terrorism, crime and many other incidents.

Crucially, this is not some pie in the sky technological fantasy. It works, reliably and effectively. Just as the pandemic was mounting as a crisis in March, Everbridge rolled out PWS to the third of Norway’s three mobile networks in just six weeks. The system has been used to send millions of messages in multiple languages to people in Norway since then, advising on lockdown and how to get help during the pandemic.

Last month, the EU published guidelines on how to do this. The UK Government is still committed to delivering a PWS system despite Brexit. It’s just a question of finally making the decision to press ahead.


Tom Pressley is the Vice President for International Marketing at crisis communications company, Everbridge. Founded after the 9/11 disaster, the Critical Event Management platform delivers crisis communications at emergency communications software in New Zealand, Norwegian, Iceland, Netherlands and many states in the US including California and New Orleans. Tom is a marketing leader with 17 year’s experience working with market leading brands in retail, infrastructure and technology. Since 2012, Tom has specialised in building marketing teams for fast growth and transforming technology businesses in Europe, North America and APAC including Bazaarvoice, Fuze and Hortonworks.