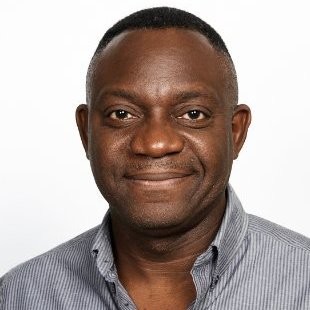 Cordell is a Creative Director/Art Director experienced in working directly with clients and agencies to help them explore and manage their business challenges and opportunities.

Previously, he was Creative Managing Partner at Bigdog Agency running the creative department alongside Dylan Bogg (CCO) across London, Leicester, Norwich, and Birmingham.

In November 2006, Cordell was appointed Executive Creative Director of TEQUILA\ London, a large communications company specialising in Customer Relationship Management and Brand Response Advertising, on and offline where he ran a department of over 30 on and offline Art Directors, Writers and Designers.

Before that he worked at OgilvyOne for 12 and a half years where he became a Management Partner and Executive Creative Director leading more than 60 on and offline creatives. He also held the title of Group Creative Partner, Ogilvy Group UK as OgilyvOne's representative on the Board.

He’s also won many awards as Creative Director/Art Director at Cannes, DMA (UK & US), Campaign, Brand Republic, Drum, Creative Circle and US Caples and has been a regular judge at these events.

Other achievements include being profiled in the IPA Ethnic Diversity Project 2003, inclusion in the University of The Arts’ Black 100+ Achievers 2007, a Mentor in The Great British Diversity Project 2016, writing and contributing creative reviews for Campaign, Marketing Direct, Brand Republic, Precision Marketing, Royal Mail’s ‘Peers and Punters’ and the IPA book ‘Shared Beliefs’.

He is also a DMA Non-Exec Board Director, a member of the DMA Awards Committee and Joint Chairman of the DMA's Graeme Robertson Trust (GRT) which aims to help youngsters get their first job in the creative and marketing industry.