The EU trilogue negotiations concluded on 15 December 2015. The EU Commission and Parliament agreed a Data Protection Regulation text. This is significant because this text defines the legal boundaries not just for all digital marketing, but any marketing in any medium that uses consumer data.

New legislation could allow fines of up to 4% of global turnover and create the post of data protection officer to police companies' use of personal data. In addition, the legal minimum age to register with social networking sites could rise from 13 up to 16, depending on the discretion of particular member states.

Direct marketing as a legitimate interest.

Whether or not online identifiers such as cookies fall into the definition of 'personal data' will depend on where they are placed in the online ecosystem. For example, a cookie placed by my internet service provider will be classified as personal data as it could identify me, whereas a cookie placed by an advertiser lower down the online ecosystem and cannot be linked to my email address or anything else which could identify me, is unlikely to be considered as personal data.

This represents a sensible compromise as it was feared that all online identifiers would be considered as personal data. This separation means non-identifiable, 'blind' data can be more widely used than identifiable personal data.

The text refers to 'unambiguous' consent rather than 'explicit’ consent, which is a stricter definition. Under unambiguous consent, consent for postal and telephone marketing can still be given on an unsubscribe or opt-out basis.

Either way, marketing organisations should bear in mind that the rules on consent will tighten up. Information must be provided concisely, in a transparent and intelligible way, and be easily accessible using clear and plain language.

Days when the consent could be buried in lengthy terms and conditions are numbered.

Most marketers will use the legitimate interest grounds for processing personal information (see above) if they are using an unsubscribe/opt-out methods. But the right to unsubscribe/opt-out must be brought to the attention of the individual in the first communication and be clearly and separately stated.

Again, existing unsubscribe/opt-out language will need to be revised.

Negotiations, described as a 'strong compromise' by the EU Parliament, agreed two separate pieces of legislation which together reform the way personal data is used, handled and policed in the EU, but it's the first of these two pieces that are most relevant for marketers:

The General Data Protection Regulation will enable people to better control their personal data. Modernised and unified rules are designed to allow businesses to make the most of the opportunities of the digital single market by cutting red tape and increased consumer trust.

The Data Protection Directive for the police and criminal justice sector will ensure that the data of victims, witnesses, and suspects of crimes, is duly protected in the context of a criminal investigation or a law enforcement action. At the same time more harmonised laws will also facilitate cross-border cooperation of police or prosecutors to combat crime and terrorism more effectively across Europe.

German MEP and the EU Parliament's lead on the regulation, Jan Philipp Albrecht, said, "Today's [15 December] negotiations hopefully have cleared the way for a final agreement. In future, firms breaching EU data protection rules could be fined as much as 4% of annual turnover - for global internet companies in particular, this could amount to billions. In addition, companies will also have to appoint a data protection officer if they process sensitive data on a large scale or collect information on many consumers.

"The regulation returns control over citizens’ personal data to citizens. Companies will not be allowed to divulge information that they have received for a particular purpose without the permission of the person concerned. Consumers will have to give their explicit consent to the use of their data. Unfortunately, member states could not agree to set a 13-year age limit for parental consent for children to use social media such as Facebook or Instagram. Instead, member states will now be free to set their own limits between 13 and 16 years", he said.

The package is partially designed to allow consumers to have more control of their personal data. According to Eurobarometer, two-thirds (67%) of Europeans are 'concerned' about not having complete control over the information they provide online. Seven out of ten Europeans worry about how businesses may use their personal data. These reforms are designed to allow consumers to take back more control and to have greater trust in businesses when they do permit control.

"We should not see privacy and data protection as holding back economic activities. They are, in fact, an essential competitive advantage. Today's agreement builds a strong basis to help Europe develop innovative digital services. Our next step is now to remove unjustified barriers which limit cross-border data flow: local practice and sometimes national law, limiting storage and processing of certain data outside national territory. So let us move ahead and build an open and thriving data economy in the EU – based on the highest data protection standards and without unjustified barriers," he said.

While this agreement is a huge step forward, it is not the end of the road for the legislation. The Civil Liberties Committee of the EU Parliament approved the Regulation on Thursday 17 December in Strasbourg, with 44 votes in favour with 4 votes against and 4 abstentions.

The deal will be put to a vote by all of the EU Parliament and separtaely in the EU Council of Ministers in the new year , after which member states will have two years to transpose the provisions of the regulation into their national laws. The regulation, which will apply directly in all member states, will also take effect after two years. A helplful analysis James, through I have a couple of questions about your interpretation.

Consent has to be indicated by a 'clear affirmative action', and pre-ticked boxes are expressly excluded as valid consent - so does that not effectively make it opt-in, even though its not explicit?

I do find the lack of definition of explicit consent (which is required in some circumstances) a bit of a gap right now - hopefully we may get guidance on that in the future.

On profiling, you say that there is no opt-out if people have explicitly consented.  However, elsewhere it says that it must always be possible to to withdraw consent, and this should be as easy giving it.  If that is the case, then surely one can withdraw their explicit consent for profiling - and therefore effectively opt-out of future profiling? 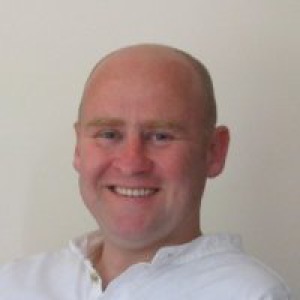 The Global Data and Marketing Alliance (GDMA), in conjunction with the DMA and Acxiom, publishes a forensic examination of UK consumer attitudes to data and privacy. Discover the latest trends, perspectives on data sharing, online privacy and the role of data in our world. Despite cultural and economic differences, consumers around the world increasingly see value in sharing their data. Explore key findings from the GDMA’s data privacy launch event. The many terms around sustainability can become confusing. To help others better understand the process and provide support for a more sustainable future, the DMA Print Council has shared important words and phrases, as well as successful industry projects.