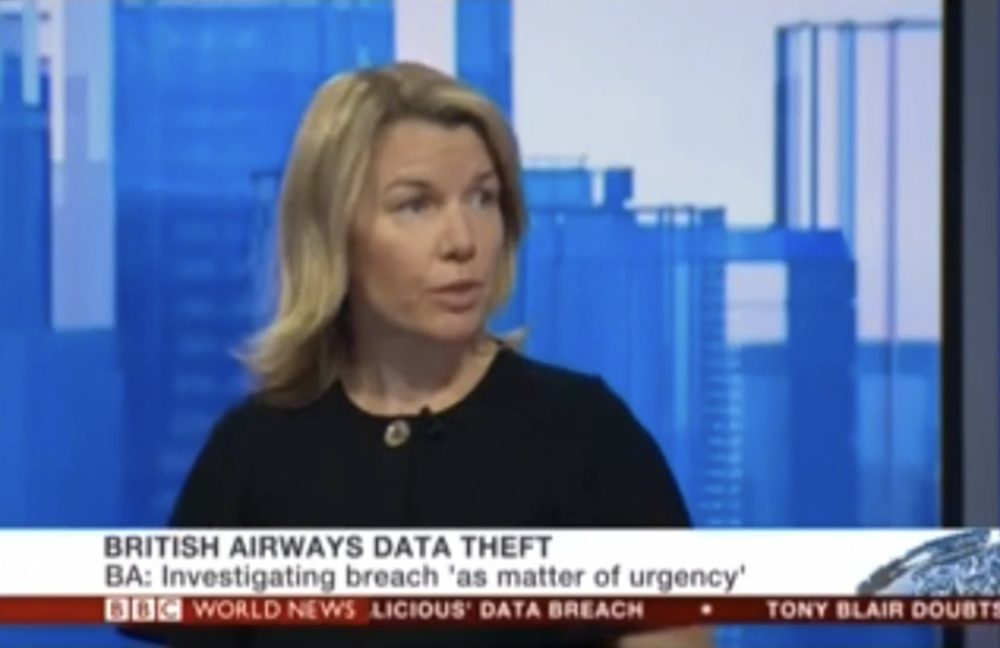 As news of British Airways’ customer data being hacked broke last week, the airline’s Chief Exec Alex Cruz was quick to apologise for what he described as a “sophisticated, malicious criminal attack” on its website.

Cruz also promised customers would not be left out of pocket, telling the BBC’s Today Programme: "We are committed to working with any customer who may have been financially affected by this attack, and we will compensate them for any financial hardship that they may have suffered."

Discussing the reaction of the brand, the DMA’s Rachel Aldighieri told the BBC’s World Business Report: “It potentially could be hugely damaging and they've really got to look to build trust back into the brand. We’ve seen their reaction to this incident and I believe it's pretty good. They reacted quickly, they reported it to the relevant authorities as soon as they should have done, they have been in the media, they’ve been out speaking to the press, emails have been sent, they’re engaged in dialogue on social media. They are doing everything to really engage with their customers. So they need to continue with that and put that reassurance out there they know how to do with data and everyone's personal details are secure with British Airways.”

Under the new GDPR rules, there is the potential for much steeper fines for organisations following breaches in data protection, but speaking to Sky News later that day Aldighieri advised: “Transparency and accountability sit at the heart of the GDPR. BA have really shown in their reaction how they’ve taken that very seriously. They’ve been very accountable. This isn’t down to their own negligence, this is a criminal activity, so we would expect the fines to be relative to that.”

We will have to wait to understand the full impact of the hack on the brand and its finances, but as Aldighieri sums up: “The risks go far beyond the fines regulators can issue. The long-term effects on customer trust, share price and public perception could have more lasting damage to the brand.”