Could Boredom Lead To a Creative Revolution? 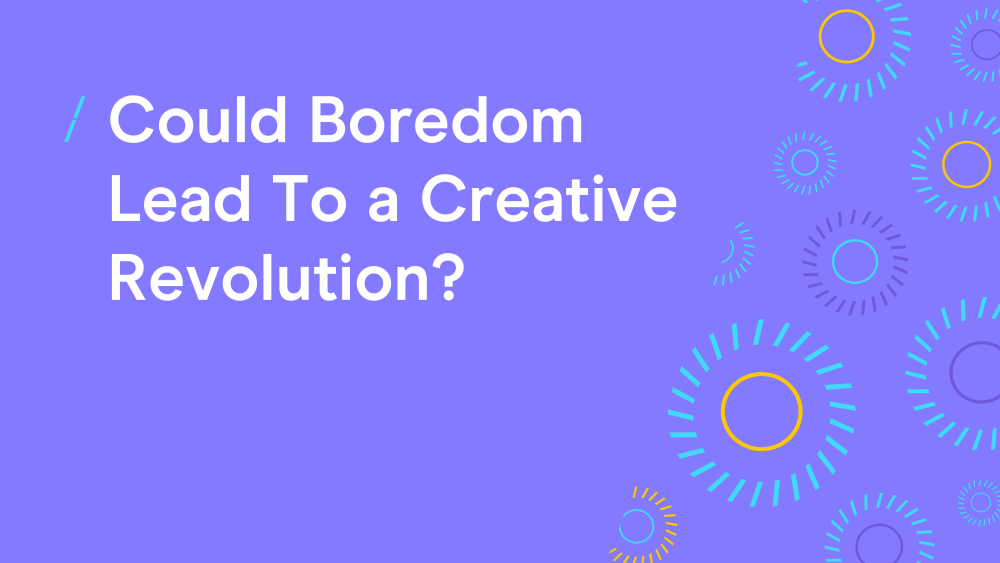 According to new research from Dr Sandi Mann from The University of Central Lancashire, whose specialist subject is understanding the benefits of doing nothing, “Boredom is one of our most creative forces.” Richard Sharp, Owner of the Sharp Agency, builds on research from the experts to discuss why this lockdown could be one of the world's most creative times since WWII.

The research reveals that if people do nothing to the point where they get really bored, they become creative, starting to think in novel and productive ways.

If my social media streams are anything to go by – entertainment through singing, dancing, and all kinds of madcap humour – then Dr Mann does seem to have a point. The rise in TikTok engagement during this pandemic has been huge and is only but one example.

John Eastwood of York University in Toronto, Canada has founded a Boredom Lab to investigate. In one of his studies, he proved that people prone to boredom were more creative than average.

However, London based Psychologist Dr Jessamy Hibberd cautions us to be aware that boredom can have its downsides, if people feel it might never end. In this instance, boredom can create a propensity for depression, anxiety, alcohol abuse, and anger.

Ironically, many creative people I know experience the above and, when you look back at famous artists, many of them have as well. Perhaps they spent a lot of time bored?

However, there’s good news from Professor Erin Westgate of Florida University, whose research is ‘Why Boredom is Interesting.’ While being bored may not be pleasant, she says, what determines if it’s good or bad is “how we respond.” Boredom has a positive impact if experienced in small doses.

It’s clear to all of us that we've already been forced to be more creative.

We are suddenly doing things differently.

We are socialising, exercising, and doing business in new ways.

And if adversity is the mother of invention, then add into that the power of boredom, and we have a heady mix that could lead to a huge surge in creativity.

As someone who’s worked in and run creative businesses for nearly three decades, I’m really excited to see how creativity will come to the forefront over the coming weeks and months. I’ve felt, for some time, that imagination has taken a backseat to rationality. Certainly, the creative arts have become shamefully less important in our educational curriculum. The change I yearn for could be here. And we now have it on good authority.

This is a time for creativity.

Embrace your boredom and use it to springboard your ideas.

Enjoy your boredom, as it’ll take you on a creative journey.

Let’s hope our ideas and creativity take us to places we could never have imagined just a few months ago.

Inspiration for this feature was taken from a Sunday Times article. Discover more from our campaign for Great British Creativity.