Public affairs at the DMA: what we do 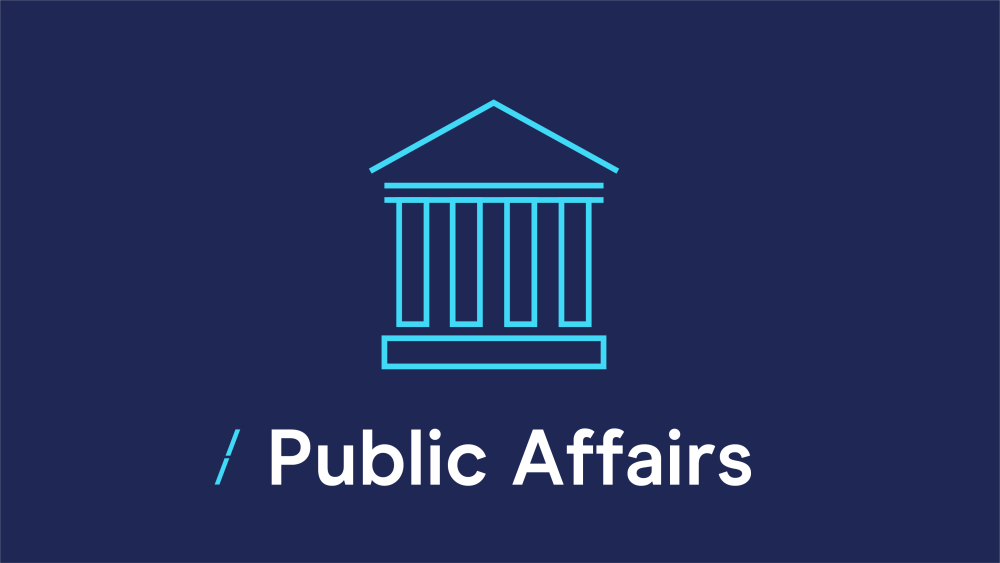 A central pillar of the DMA's work involves representing our members in various capacities. It is our responsibility to listen to members' concerns, desires and ideas and to articulate them to other businesses, trade bodies, interest groups, the public, the media, and politicians. And anyone else who'll listen.

With a huge number of voices speaking on the issues we care about in the UK and beyond, it's a crowded field. But, as Europe's largest trade body representing over 1,000 businesses in the data and marketing industry, we have a strong voice.

The DMA works with politicians in the EU, Westminster and Scotland's Holyrood Parliament. Each of these jurisdictions has purview over various laws and regulatory powers that are of relevance to the data and marketing industry.

In Brussels, the DMA both pursues its own lobbying agenda and also works with an organisation called FEDMA, which is an association made of 24 DMA-equivalent bodies from other countries across the EU. The UK DMA is the largest member of FEDMA and our CEO, Chris Combemale, currently holds the chairmanship. As part of FEDMA, we work together to decide what is in the best interests of our industry and then go to the EU Commission and Parliament to advocate our position. Each DMA in FEDMA also makes representations to their own country's governments, which in turn meet and contribute to the EU law-making process through the EU Council.

A good example of this is with the GDPR. This law originated in Europe and then had to be adopted by the UK, as it is a member state. The UK DMA was a key driver in changing the proposed GDPR text to include the 'legitimate interest' component, which is vital for marketers to be able to market effectively.

While most of the legwork for the GDPR was done in Brussels, there are significant pieces of legislation and regulations that concern our industry are made at Westminster, too. The policy-making process here can be influenced in a number of ways.

The DMA maintains strong channels of communication with the government through contact with the governing party's MPs and Ministers as well as the various civil service departments and regulators which govern our industry. On a very frequent basis, we engage in discussions about the state of our industry; proposed policy ramifications; the effects of Brexit and indeed anything else that could have an impact on our members.

Along with interacting with MPs in Parliament from all sides of the chamber, the DMA is an active member of several All-Party Parliamentary Groups (APPGs) on subjects of note for our members, such as data ethics, education and consumer rights. Here, the DMA and other industry players have the opportunity to listen to experts and engage with policymakers who specialise in these areas. This is particularly useful for gathering a holistic understanding of where the multiplicity of players in these fields stand on the issues and understanding where the DMA can work with others or lend our expertise. Indeed, the DMA contributes to the reports and policy proposals produced by the APPGs. These often inform the law-making process, particularly in more specialist areas of policy such as data and tech ethics. Similarly, to get the views of industry and beyond, the government often releases White Papers, Green Papers and Consultations on various areas of policy. These allow anyone to respond to their policy proposals with feedback. The DMA responds to all relevant consultations so that our expert knowledge of the data and marketing world is communicated to government.

Another key aspect of political advocacy is engaging with the plethora of policy or sector-specific events run by organisations like the DMA or other trade associations; Parliament and other public sector bodies; and private or third sector organisations. Most often, these will be centred on a subject matter and be attended by industry players and senior policy-maker or Government representatives. These provide the opportunity to raise awareness of particular campaigns, network, ask questions and feed into discussions about the issues facing the industry. These events happen all around the country in various forms.

Recently, the DMA ran such an event in the Scottish Parliament to launch our Value of Data initiative and to promote discussions about the data industry in Scotland and the wider UK. Events such as these help to create and maintain relationships with policy-makers and to promote the work of the DMA to a wider audience.

Indeed, at the DMA's Value of Data event, we had sponsorship and speeches from the Scottish Government Minister for Fair Work, Business and Skills, Jamie Hepburn MSP; the Conservative Shadow Digital Minister, Finlay Carson MSP; and the Co-Convenor of the Scottish Green Party, Patrick Harvie MSP.

Scotland is a particularly crucial area of interest for the DMA. Not only does the Scottish Government and Parliament have remit over key areas of policy relevant to our members, but Scotland is one of the UK's data industry epicentres. Therefore, policy advocacy in Scotland is a pivotal part of the work of the DMA's public affairs work.

As you can see, the public affairs and advocacy work of the DMA is multifaceted. In all forms, the work is crucial to ensuring the views and interests of the data and marketing industry are brought to policymakers all across the UK and Europe - from backbencher to government minister. If we do our job right, these policy-makers become better informed and more able to make decisions about policies that will support an industry which is ever-more central to the wider economy.

Brexit and other issues

Of course, at the moment, Brexit occupies a huge amount of time with our lobbying work. The DMA has been working in Brussels, Westminster and Holyrood to make sure the interests of the data and marketing industry are protected throughout the trials and tribulations of Brexit. We have been successful at persuading the Government to include a data sharing 'adequacy agreement' (which is vital for ensuring that the UK to share data with the EU on the same basis as it does as a member state) as part of their negotiating position in the Withdrawal Agreement. This was agreed in principle with the EU, however, the next Prime Minister could chart a different course. Nonetheless, the DMA is confident that our work with DCMS and BEIS civil servants means our position is accepted and will be represented in their advice to the next head of the Government.

To talk about DMA positions on policy areas, let us know anything you'd like us to work on or just to chew the fat about politics in general, members should feel free to get in touch with the policy team. The DMA also has a new public affairs section of the website where you can keep track of our policy and advocacy work.