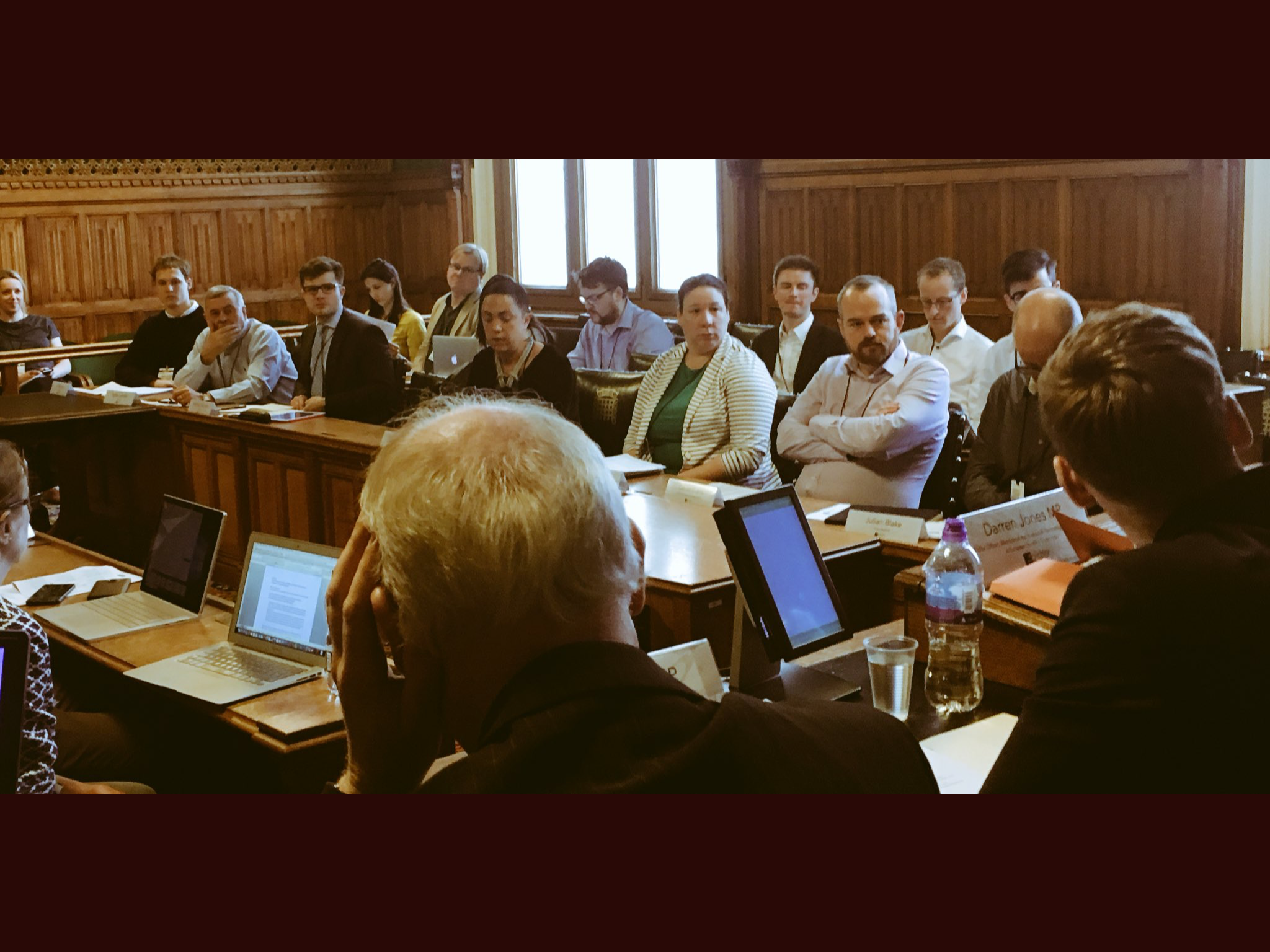 The DMA contributes to Pictfor and the All-Party Parliamentary Group on Data Analytics’ roundtable discussion on technology and data ethics.

The group discussed pertinent questions of ethics and technology.

On Tuesday 17 April, Mike Lordan and Michael Sturrock of the DMA’s external affairs department attended a joint event by Pictfor and the All-Party Parliamentary Group on Data Analytics’ roundtable discussion on AI and data ethics in the Houses of Parliament.

The session was chaired by Lee Rowley MP, Darren Jones MP and Oxford Professor of data Ethics, Luciano Floridi. In attendance were a wide range of experts from industry, the public sector, think tanks and academia.

While the conversation was fairly wide-ranging, there were a few salient points that stood out.

‘Trust’ was a key word which emerged in this regard. In parity with the conclusions of the recently released House of Lords Report on AI in the UK, the group suggested that trust would be the way in which companies would be able to establish good relationships with their customers from which would also provide greater commercial benefits. There was agreement that the way in which technology treated the collection, management and use of personal data in particular needed to be more transparent.

Similarly, the group noted that an increase in the public understanding of the issues surrounding AI and data process practices is necessary to ensure that this honest communication is received and understood. Companies, wider industry and, in the long term, educational systems will need to work to ensure this.

It was suggested that legislation may not be the best way to regulate companies’ practices. For a start, the technology industry tends to be, as Darren Jones MP put it, ‘several steps ahead’ of legislation. Unavoidably there are difficulties and imperfections with self-regulation. However, bodies like the DMA who encourage customer-focused ethical practice as a point of principle show that industry can provide effective self-regulation.

Whether legislation is required or not, the DMA will seek to contribute to the Data Analytics APPG’s work going forward. We will also come together with government, the public sector more widely and other industry bodies to ensure ethical practices are developed for the benefit of the consumer and wider society.