Understanding Podcasts: An interview with The Cycling Podcast I 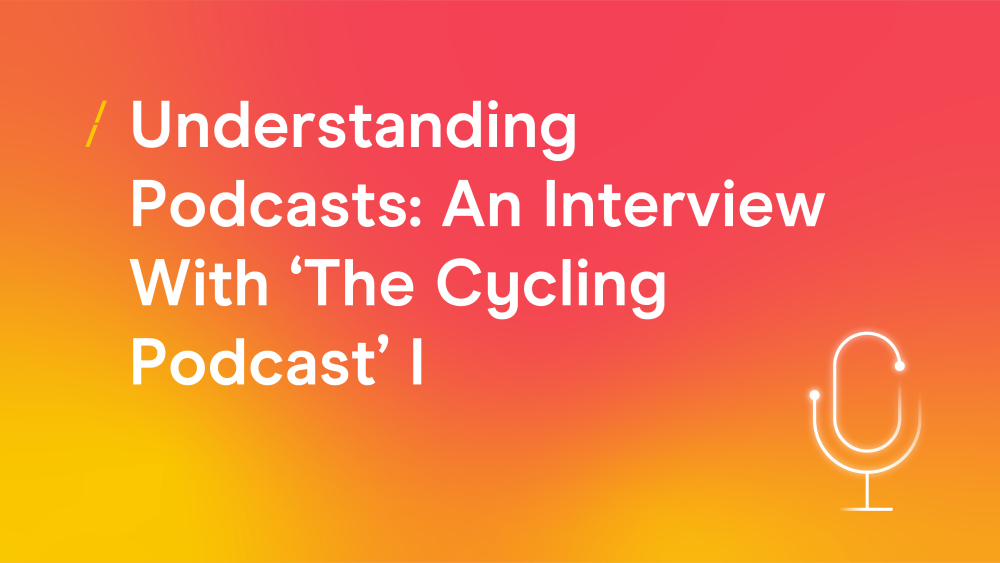 Podcasts are an increasingly popular media for Brits, with over a third of consumers listening to them at least monthly according to the DMA’s research.

To find out more about the channel and how consumers trust this channel more than any other, read the ‘Customer Engagement: Acquisition and the Consumer Mindset’ report and our ‘Future Trends: Speak & Listen’ article.

The DMA wanted to understand the drivers behind this growing channel and understand the opportunities to brands, so who better to speak to than someone behind one of the most popular podcasts in the UK – The Cycling Podcast’s Lionel Birnie. 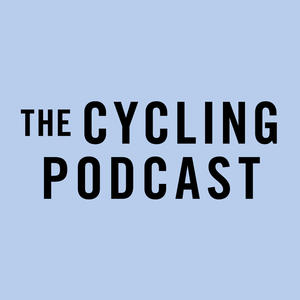 Lionel is a sports journalist, author, publisher and co-founder of The Cycling Podcast – along with Daniel Friebe and Richard Moore.

The podcast itself began life in 2013 as the ‘Humans Invent Cycling Podcast’ originally as daily episodes from the Tour de France that year.

It then became a weekly show and more recently integrating dedicated episodes to women’s cycling, adventure/endurance bike riding and insight into life as a World Tour pro.

From its inception, the Cycling Podcast has been supported by partners and sponsorship – both from within the cycling world and outside.

Allpress Espresso, Eurosport, Hansgrohe, Jaguar, Nederburg Wines, Science in Sport, Sharp, The Telegraph and Wellbrix have all supported various parts of the podcast.

In 2015, the podcast also launched ‘Friends of the Podcast’ scheme, offering paying subscribers exclusive monthly shows and a new route to funding for the podcast.

In this interview we ask Lionel about how the podcast got started, how it operates and what brands need to know before trying to partner with podcast producers.

DMA: You’ve been a sports journalist and writer for a number of years, but how did the shift to podcasting happen?

Reluctantly at first – for me, at least.

Richard and Daniel had done a podcast for Cyclingnews during the 2009 and 2010 editions of the Tour de France. 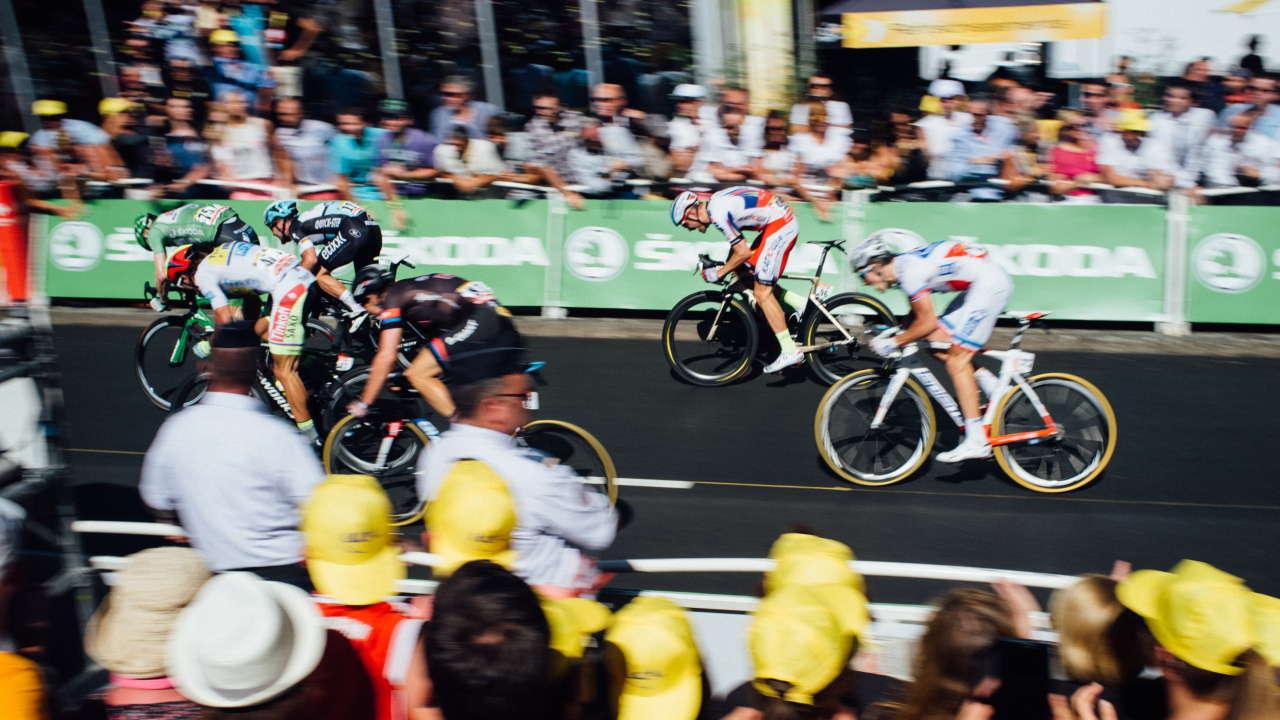 In 2012, Richard and I were both freelancing for Cycle Sport magazine and we travelled together with the editor of the magazine.

Before the race, Richard floated the idea of doing a podcast and my reaction was probably rather lukewarm.

We happened to be staying in a very nice chateau in the countryside near Liège for the opening weekend of the Tour and over breakfast the owner learned that it was my birthday.

When we returned from dinner that night, there was a bottle of champagne on ice in my room.

So we opened that and Richard got his iPhone out and, with the bubbles going to my head slightly, I agreed to recap the opening weekend of the race with him.

We rambled away for half an hour or so and uploaded it to the internet. We then recorded a new episode every three or four days. I am pretty sure they weren’t terribly good.

There weren’t any production values to speak of, no edits, we just pressed record at the start and stop at the end and put it out.

Fortunately, very few people listened to those episodes and so I was able to begin to get to grips with the medium without too much scrutiny.

I’d be lying if I said I saw a future in podcasting back then, but I did recognise that the direction print journalism was going in was likely to make my life a freelancer more and more difficult.

Over that winter, Richard and I talked about trying to do something more organised for the 2013 Tour de France. Richard asked Daniel if he wanted to get involved and The Cycling Podcast was born.

I remember we spent quite a while trying to come up with a different, cleverer, name before realising that The Cycling Podcast was pretty much perfect in every way. 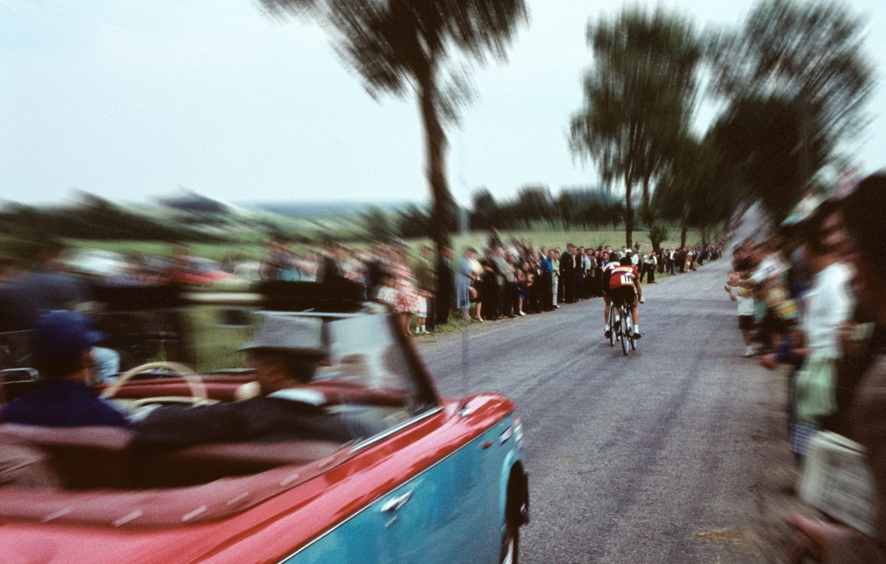 We were going to the Tour de France to work for other magazines and newspapers but we still needed a bit of funding in order to pay a producer and cover a few of the costs that our other freelance employers weren’t covering.

Through some contacts, Richard approached Sharp, one of the sponsors of the Garmin team. Sharp was also backing a sports and technology website called Humans Invent, and they agreed to sponsor us for the 2013 Tour de France.

I’m a Watford supporter and I’d been on the fans’ podcast called ‘From the Rookery End’ a few times and got to know the host and producer of that, Jon Moonie, who used to work in commercial radio.

Jon agreed to produce our episodes, cut out our mistakes, make some opening titles with music and generally make the thing sound a lot more polished and professional than our efforts the previous year.

We recorded the first episode – a Tour de France preview – sitting on the grass in a London park about ten days before the Tour started in Corsica.

I had tickets to the Glastonbury Festival which meant I missed the opening weekend of the race but Richard and Daniel flew off to Corsica and got things started and I joined them a few days later.

For the first week or so of the race it did feel like an addition to our regular work rather than the sole reason we were there.

There wasn’t any great sense that people were listening because we were starting from scratch but we all had a certain following on social media so we were able to tell people about the podcast and the very early reaction was pretty positive.

I remember the first time the audience hit 10,000 – the day Dan Martin won a stage in the Pyrenees – thinking that maybe we had something we could build on.

When the Tour finished, people contacted us on Twitter asking us if we were carrying on.

We asked Humans Invent if Sharp could back us to the end of the year if we produced weekly episodes and they agreed and it has grown from there.”

Part two: Partnerships, commercial growth and the future of podcasting.

Find out more about how consumers engage with podcasts and the future of the channel within the DMA’s ‘Customer Engagement: Acquisition and the Consumer Mindset’ report and ‘Future Trends: Speak & Listen’ article.

The latest benchmarks across deliverability, open, click and click-to-open rates are ready. Read on to find out how your email marketing measures up. 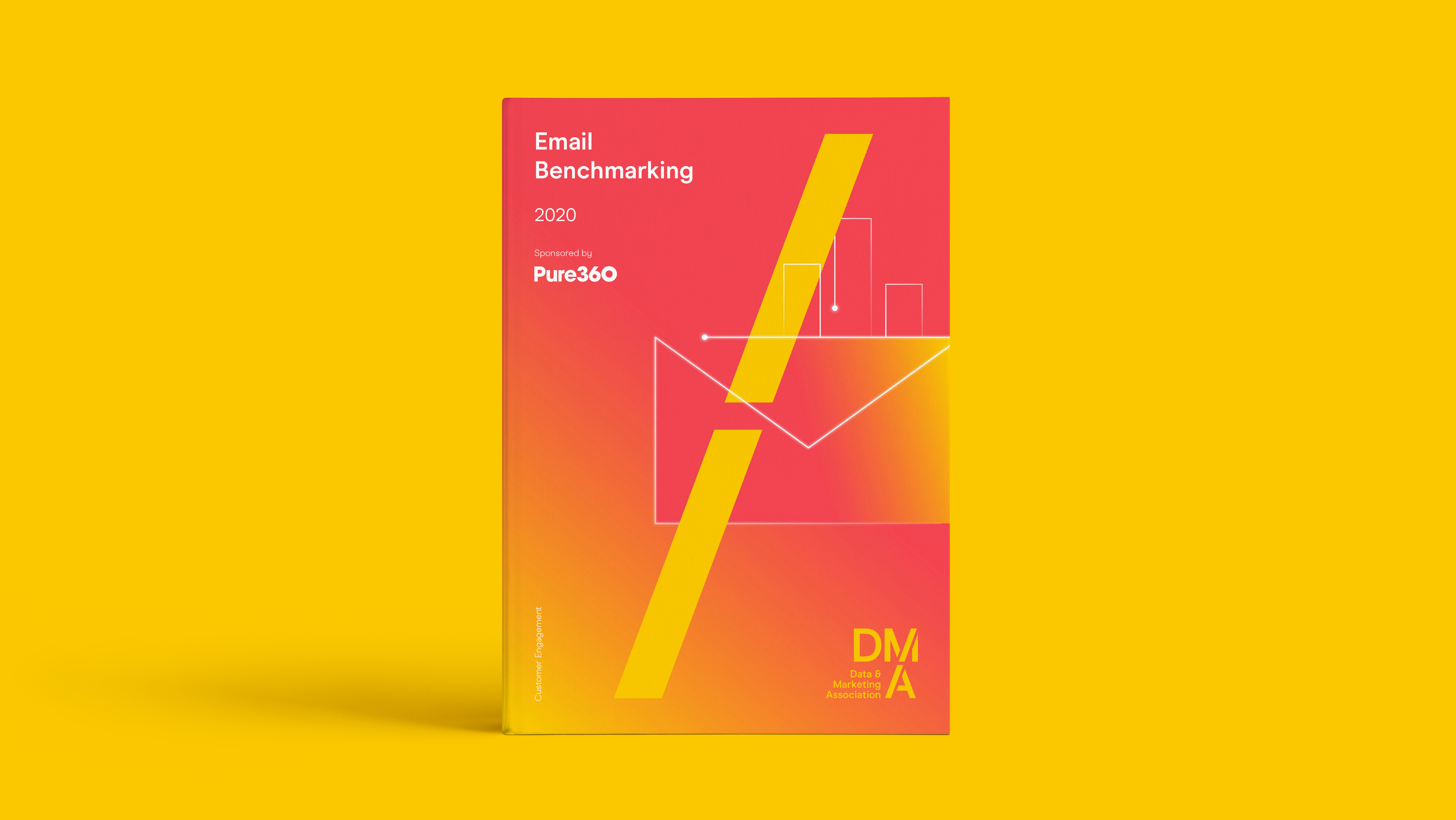 Investigating Email: What Does Where You Live Says About Your Email Behaviour?

As part of the 'Consumer Email Tracker 2020' report, sponsored by Pure360, we asked people across the UK about how their email addresses, the messages they receive from brands and their preferences. But what impact does where you live have on these insights? Read on to find out. 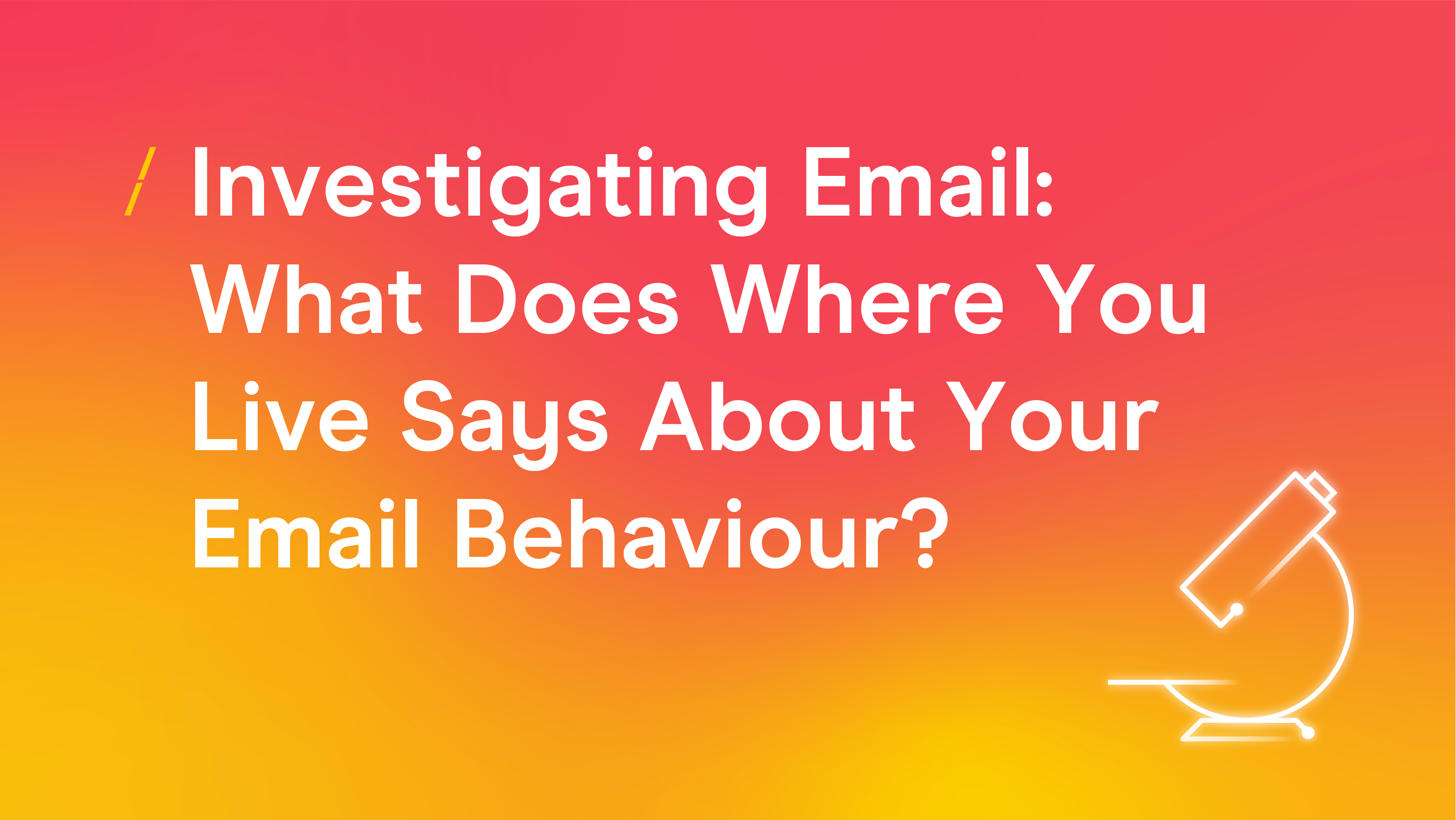 A group of agencies, including DMA members, in the South West have talked to 77 marketers and business leaders to discover how the Covid-19 crisis was impacting the marketing strategies and activities of the brands and suppliers based there. 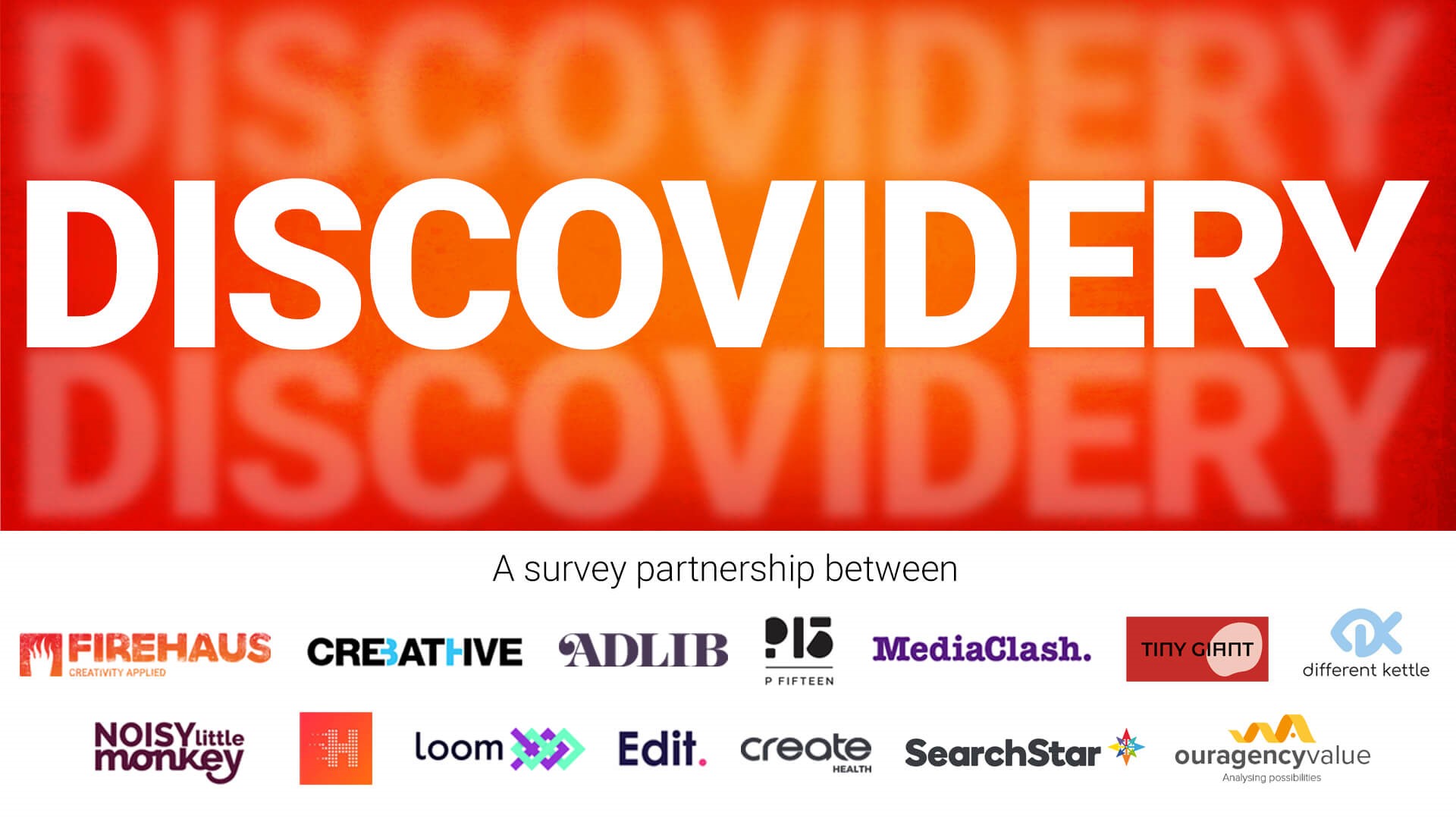 Here are three reasons why your customer loyalty isn’t up to scratch and what you can do about it. 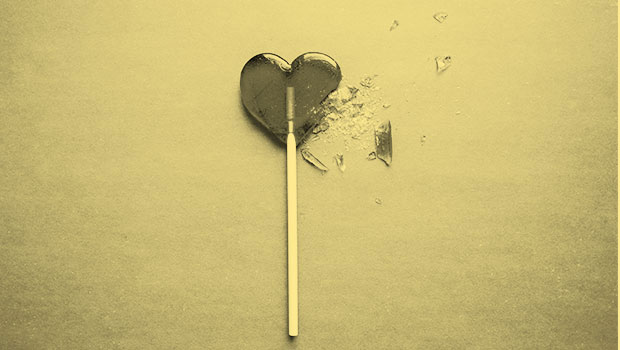