Bastian Ernst: Engaging your Audience with Respect Based Marketing 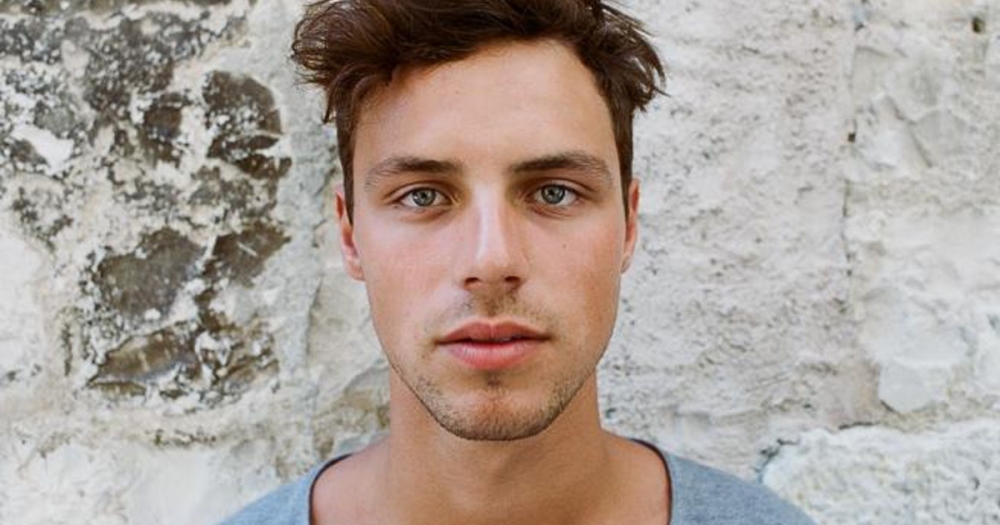 What is Respect Based Marketing all about?

Bastian Ernst is the CEO and founder of WildAudience. They are specialized in architecting sales funnels. He is known most for introducing the world to, what they call, Respect based marketing and Relationship Funnels. In preparation for an event at the dutch DDMA, I asked him some wild questions.

A lot of marketers aren’t familiar with the Respect Based Marketing concept. Why would they care - and how is it different from what we know?

I was doing everything at the same time and remembered very vividly I had this one promotion going on then. I did like at least one promotion per month if not more.

I came up with all these reasons to create promotions, so I had to think about hoaxes and stories all the time. There was day of happiness, Earth Day, and my birthday. Every single month, every single week, I had to do it. Very repetitive.

I was like, okay, never ever again and that's when I changed from promotions and product launches and what everyone else is doing with fake scarcity and fake urgency and I changed to Respect Based Marketing.

Marketers love to sell directly. Give the offer, straight up, maybe sprinkle some “growth hacks” in there. So how do the marketers turn that around and go deeper into relationship? We coined the term respect based marketing and that's kind of what we're known for now. So basically this is instead of selling you actually install buying beliefs. Instead of using fake tactics you rely on never changing business elements like Relationship, Trust, Authority. These are elements which have been and always will be part of business.

Business is relationships between people and that's what's missing. I was looking at the fake scarcity and all that stuff and I was like where is the respect? where's the relationship? Where are these crucial elements of business? They weren't there.

Instead of selling first you install buying beliefs and one's beliefs are installed, you then sell and so on. And that is what Respect Based Marketing is.

Everybody has successes and things that didn’t work. In their marketing approach. #fail is even a cool thing now especially with startups. Can you share a big learning from your (or your students) experience?

I guess one of the biggest fails we had was, we grew a really big email list for our standards through Facebook Ads in 2017. It worked really well and then, because of various reasons we did not engage list after like the initial seven emails or something like that.

They were just hanging out, just by themselves. It was just showing and they didn't get any emails. Then after six months we were ready to rock: “Hey let’s scale.”

That's when nothing worked anymore because we were not communicating with the audience. Lesson learned is this: It doesn't make sense to grow and email list or to drive ads if there is no funnel on the backend.

There is no need to do lead gen if there is no funnel, traffic can only work if you have a funnel. The funnel only works if you have traffic, one doesn't work without the other. We drove traffic and we just had a very small funnel it was not long enough and then when we had a funnel they were just gone didn't even know who I was. So we lost a lot of people and a lot of money and that was one of the lessons learnt there.

Your own emails are quite “persuasive”, what are some of the persuasion techniques you use in email?
Persuasion are all things we do in order to drive engagement: open loops, frequency selectors, activation hooks, things like that. 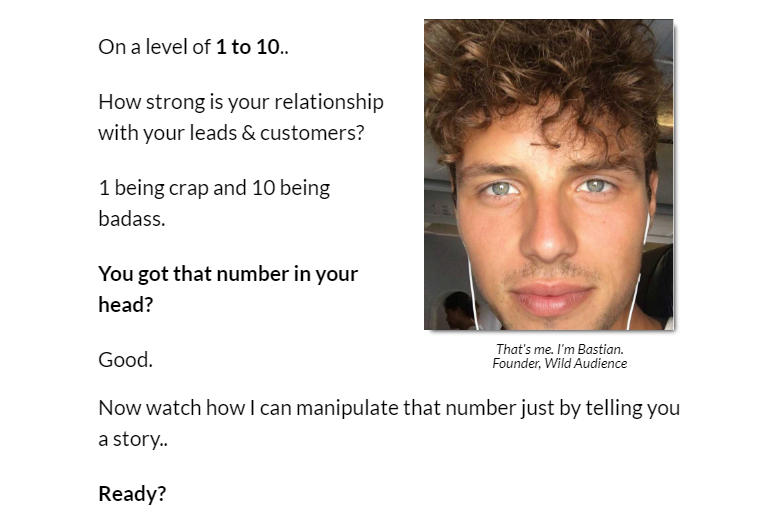 That's why our emails are very persuasive. We use a lot of micro-investments to get people to micro-invest, say yes a lot of times. Then of course we use story, a lot. All the emails are connected, like a like a TV show, with cliffhangers at the end so that makes it fun to read

What would you say a beginning marketer should start to do (tomorrow)?

When I started, I learned from other marketers and niches. So if you want to be a marketer right just don't know not only learn from me, or other guys. Go also, for instance, into the health niche, nutrition, dating, whatever it is, relationships, sports.

Everywhere there are marketers, and every type of business. Maybe non-profit and just see how they do things. It's important to get understanding of the general knowledge but also learn from other people and then take the best pieces and make it your own. That's what I did too.

I learned from great people, great people. You learn from them and take some pieces from them. I took many pieces from other people. I added my own stuff and then created the respect based marketing thing which is here. Then, once you do that, you want to find your voice.

The way you do it is publishing. I like writing so that's why it's my voice. You know, it can be video, podcasting, live streaming, whatever, maybe it would be meaning webinars for you. We use webinars ourselves as a way to get get people in the funnel, ask people to sign up for a live or evergreen webinar. But also once you have built up trust, you can change the environment and go into a live webinar promoted through the other channels, video and live questions add extra trust. But back to writing, when starting off just the most important part is to ship ship ship ship. Do it. Publish.

When I for example, shipped at the beginning and published stuff, it wasn't good. I remember one time where I published something I got a lot of comments, I was trending on inbound.org for a week. I got the most comments of the whole week, but. 50 was negative I was that “oh man what's happened there?”.

This one guy said “Like, hey dude, just think about it, you got a lot of negative and you got a lot of positive. But even if it's 50% negative, people cared enough to share that is was not good. They cared enough. Just imagine, you put something out there and. no one cares, no one gives a shit, no one comments, that would suck. But you got people to care.

Take the positive and the negative, you learn from it, you iterate, and then you create something awesome. So learn from others, find your voice and then just publish. 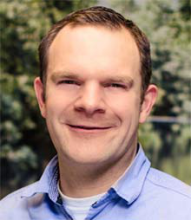 Covid-19 from a business development viewpoint

It’s what we do now that will get agencies through this storm – leadership, proactivity, adaptation and innovation are key, but more importantly collaboration and community.

What next for brands after the CEO email?

Over the past two weeks, like all other marketers, we have been asking ourselves ‘What would we do if we were a brand, in present circumstances?’ 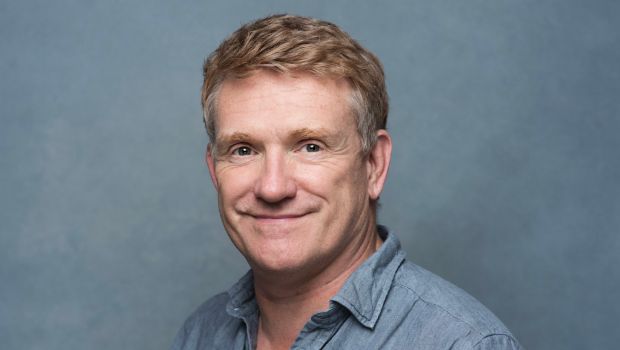 Investigating Email: So, How Do Hotmail Users Actually Behave?

Email marketers have long been interested in whether the characteristics of their address owners might vary depending on their inbox provider. Read on as the DMA’s Email Council decide if this rings true. 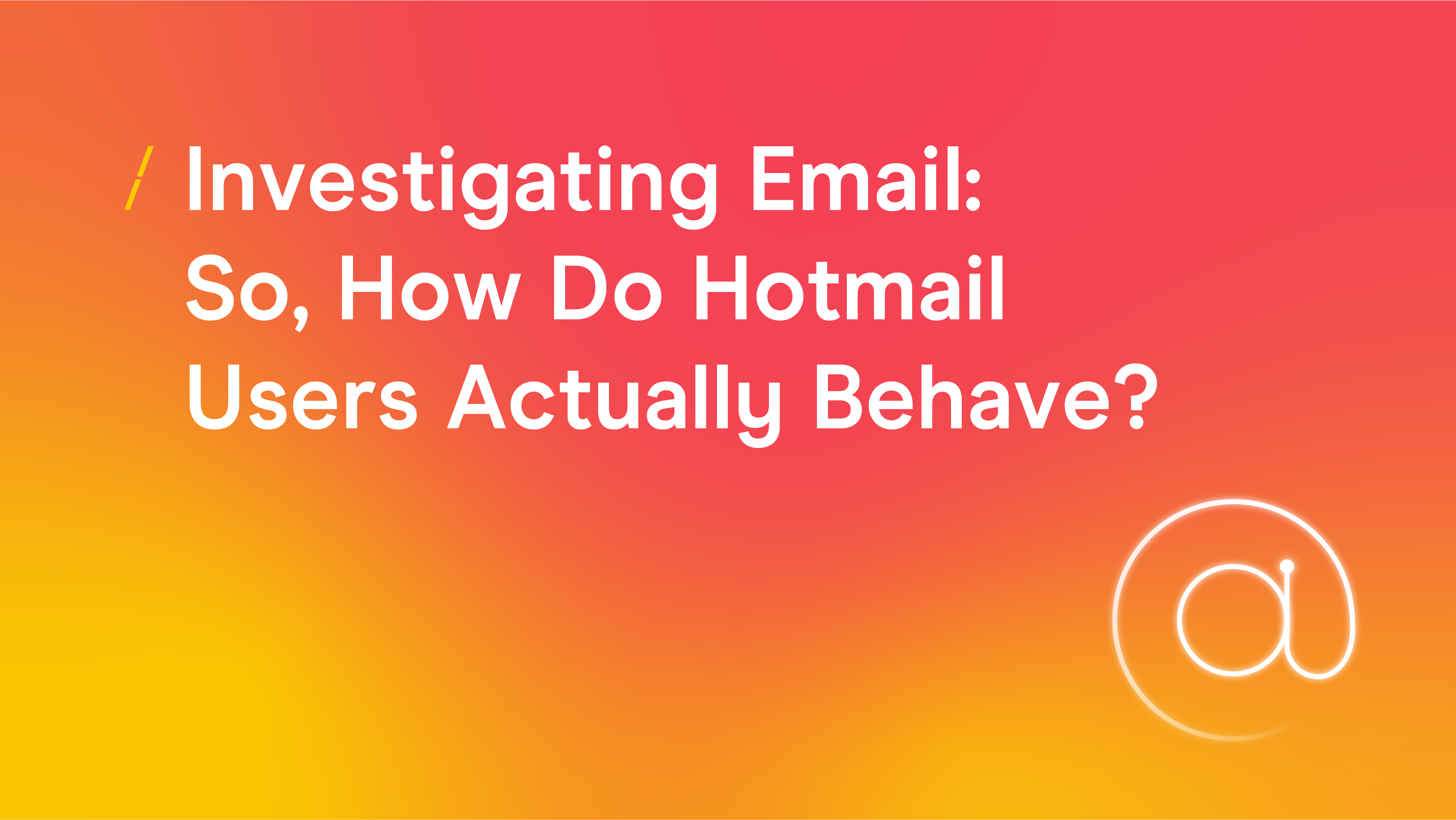 Once again marketers reminded us of the multi-faceted role that email plays in the communication between brands and consumers across all stages of the customer lifecycle. Email is not only a transactional channel, but one that can be used to inform and build long-lasting relationships.