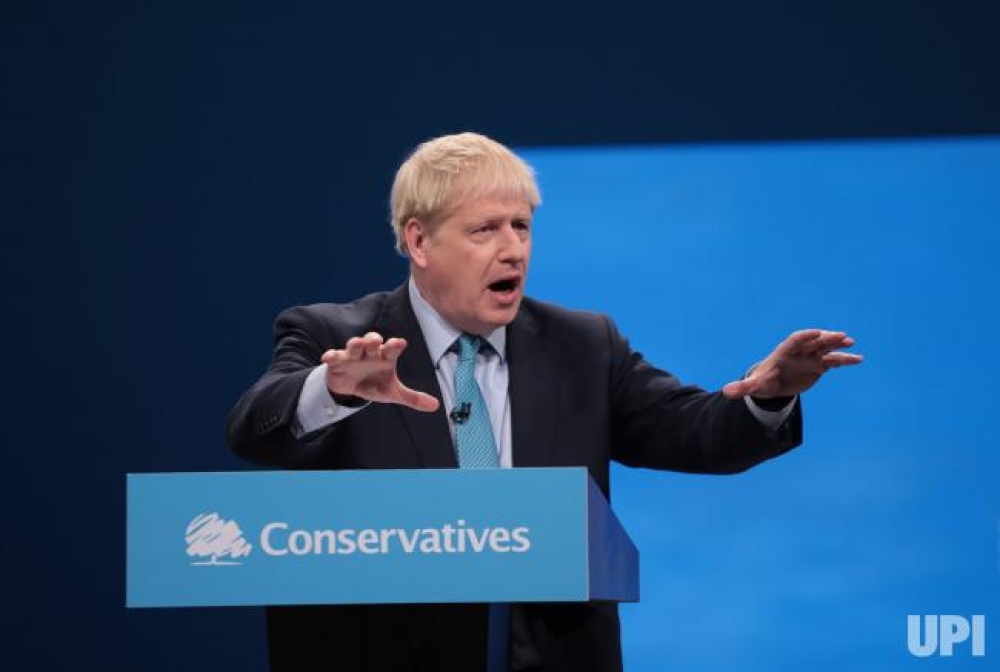 If you have not been to a party conference, you should know that, regardless of the political party, they are inherently strange events.

It’s a bit like when there is a reunion between old friends who haven’t seen each other in a while. Inevitably, things can get a bit silly and extreme; with everyone egging each other on and throwing caution to the wind - especially when alcohol is involved (as is certainly the case at any party conference).

However, this year’s Conservative party conference seemed to reach new highs of hysteria. For a start, it was the first conference for Boris Johnson as party leader. Wherever he went, crowds swamped him and after every utterance, chants of ‘Boris! Boris! Boris!’ could be heard a mile away. Theresa May certainly did not enjoy the same cult following.

Furthermore, the focus-group-tested line ‘Get Brexit Done’ was plastered over every square inch of wall space, and was touted by almost every MP and Minister in speeches and fringe events to great cheers. It cast no doubt on the government's aim to leave the EU on 31 October.

Similarly, in many speeches, Jeremy Corbyn was mocked as a 'kamikaze communist' and painted as a supporter of the policies of denounced Venezuelan leader Nicolas Maduro. The European Union was framed as an aggressor, emblemised by the actions of the Luxembourgian Prime Minister who held a press conference near anti-Brexit protestors with an empty podium in Boris Johnson’s place.

This portrayal of opposition further built up the Brexit frenzy among conservative members. Now, Brexit is seen by its members as something only the Conservative party can—and have to—deliver.

Nonetheless, during conference, no concrete proposals of how the party would do this were aired. Plenty of discussions were had, of course, but official proposals from the UK government were only delivered minutes ago and after Boris Johnson’s speech on the final day of the conference.

On the face of it, it seems not to be the case that the government has pulled a rabbit out the hat to solve the issues with the current Brexit deal.

While this might be acceptable to a majority in the Northern Irish Assembly, it is unclear whether the DUP will see this as breaching their red line of treating Northern Ireland differently to the rest of the UK.

Furthermore, it is likely that the Scottish Government will issue demands to be given the same deal as Northern Ireland, as it wishes to see as close alignment with the European Union as possible.

Similarly, those on the right of the Conservative party who simply wish that the UK leave the EU without a deal might not be inclined to vote for the deal. The law currently states that Boris Johnson must ask for an extension if he has not obtained a deal by 18 October. Nonetheless, Mr Johnson has said he will do whatever it takes to leave with or without a deal. The only alternative to his deal, he says, is no-deal.

On top of all this, assuming these proposals aren’t outright rejected by the EU (which isn’t completely out the question), the UK Government and EU will now go into negotiations in order to tweak the deal to get a final deal to put to parliament.

There is, therefore, opportunity for more problems to arise if the EU asks for compromise of any of the government’s proposals.

So, for all the Brexit rallying cries at conference, it appears the chances of Boris Johnson delivering a deal are about the same Theresa May’s. The only real difference is that Johnson appears to be happy to go for no-deal as an alternative.

Boris’ success relies on whether the spin can persuade MPs to support a deal that is ultimately not all that different, or, if the deal is rejected, being able to navigate round the Benn Act which compels him to avoid a no-deal by asking for an extension.

It is difficult to see how either of these options are possible at present.