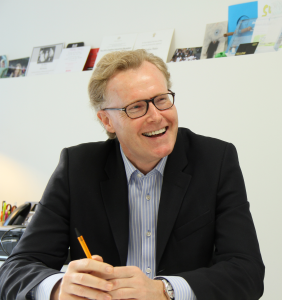 MBA is an independent agency whose clients include Accor Hotels, Cambridge University, Everest, Investec Bank, Nielson Holidays, O2 , RSM and Sage by Heston Blumenthal. MBA has featured 3 years running in Campaign magazine as one of the ‘World’s Leading Independent Agencies’ and is a member of the UK Government Creative Industries Taskforce. MBA has been awarded 4th place in the Elite rankings in The Drum Digital Census and has been awarded IPA CPD Platinum for winning Gold 4 years’ running

After graduating with an MA in Modern History from Balliol College Oxford in 1983, Stephen entered agency account management working at ABM, AMVBBDO and Simons Palmer before founding MBA in 1994

Stephen is also the Chairman of The Marketing Society, an IPA Fellow and Council Member, a Fellow of the Royal Society of Arts, features in Debrett's ‘People of Today ,is a Tech London and E2E Advocate , is involved in the UK government’s Creative Industries programme and sits on the Commercial Board of BAFTA

A keen Chelsea fan and failed rock guitarist, Stephen lives in South London with his wife and four children.