The Spirit of the Christmas Ad 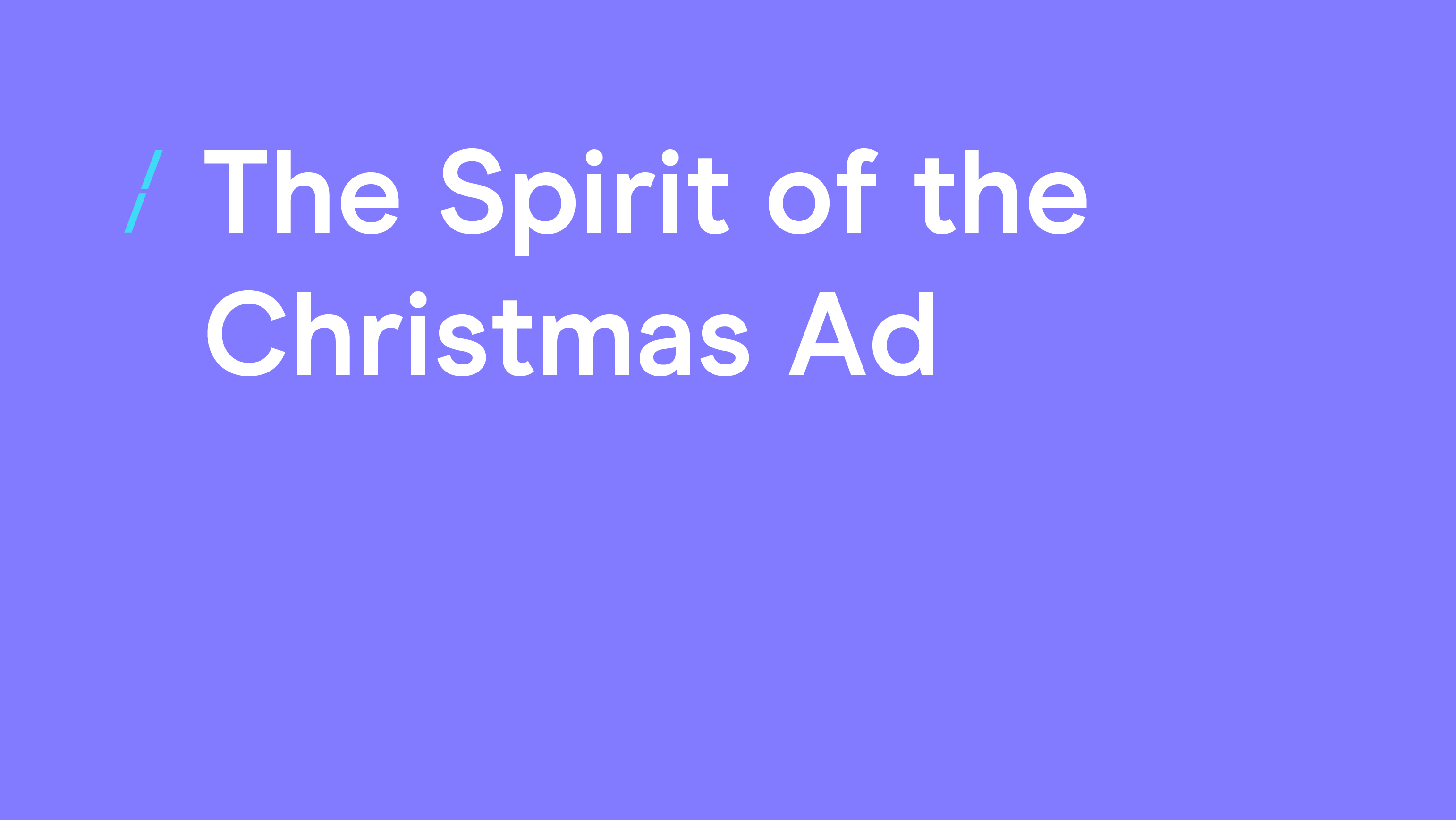 Christmas comes but once a year, and with it comes a whole host of banging Christmas ads. Some brands like to tug at the heartstrings, while others opt for a jazzier, alternative approach. So, as a little festive treat, we’ve compiled a list some of our favourite 2019 Christmas campaigns to get you in the spirit.

When it comes to Christmas adverts, there is no denying that year upon year John Lewis delivers the most highly-anticipated festive campaign and 2019 is no exception. This year, however, it sprung a big, although not totally unexpected change by launching its first joint campaign with Waitrose rather than going it alone. Alongside agency Adam & Eve/DDB, John Lewis & Partners created a tale of a well-meaning, but disaster-prone dragon called Edgar. The ad focuses on Ava and her best friend Edgar doing festive activities around their village, unfortunately Edgar has the habit of breathing fire every time he gets excited about something Christmassy.

Without spoiling anymore, we suggest you watch the ad here.

Ikea decided to go down an alternative route with their recent Christmas ad, using ‘the greatest MC of all time’ - D Double E to help Britons recover from ‘home shame.’ For their first ever Christmas ad Ikea is encouraging people to open their homes to guests over the festive season.

The ad centres on a family, taunted by their kitsch ornaments and old furniture, inspiring them to spruce up their home to avoid ‘home shame’.

The retailer hopes the advert will go against brands’ usual Christmas strategy of a sentimental Christmas ad with an humorous and irreverent take.

Kevin the Carrot is back for his fourth stint of being Aldi’s Christmas mascot - with a little help from Robbie Williams. This year Kevin has yet another lucky escape, avoiding a lynching from the Brussel sprouts gang ‘Leafy Blinders.’

Kevin escapes just in time to deliver his ‘Christmas Spectacular.’ A mince pie – dancing, vegetable – swinging extravaganza that includes a festive version of Robbie Williams’ ‘Let Me Entertain You’. What more could you want?

Sean McGinty, Aldi UK’s Marketing Director says “[Kevin] works so well because he transcends the norms of Christmas advertising and has become part of the seasonal fabric. His effectiveness has been proven and recognised over several years through the love our customers consistently show for him.”

Created by agency Stink, you can watch the full ad here.

Walkers pulled out all the stops celebrating the 25th anniversary of ‘All I Want for Christmas is You’ by getting Mariah Carey herself to help sell some crisps.

Hoping to appeal to a younger audience Walkers have enlisted the help of Christmas favourite Mariah Carey in its new Christmas campaign that promises to be their biggest yet. The Christmas campaign is part of a winder strategy from Walkers to create “talkability” and “rejuvenate the brand”.

The hope is the campaign will tap into a cultural moment around Carey’s song, which celebrates its 25th anniversary this year. Walkers Head of Marketing Wayne Newton states “this year is one of the biggest yet for Walkers with our new campaign, limited-edition flavours and huge on-pack promotion – we hope consumers will love it.”

Asda’s 2019 Christmas ad is all about bringing Christmas cheer to Wigan town, Tyldsley, whose 2016 Christmas tree was deemed the worst in the country. The supermarket aims to add another layer of emotional storytelling and align perceptions of quality with in-store experience.

Asda’s Chief Customer Officer Andy Murray says “we looked at what we did last year and said we had a lot of joy, but how do we keep that and add another layer of emotional storytelling.”

“We typically don’t put a lot of Extra Special product into the advertising around Christmas just to make sure we have a broad church of products for everybody,” Murray explains. “But we felt, the idea of Extra Special and leveraging the product line-up had a place of real territory to play.”