Trained as a historian, Steve thought this made him 'totally unemployable’. He turned to advertising and became the most-awarded direct copywriter in history.

"None of the iconic ads are here - no Labour isn’t working. This is a personal view."

"For these ads, I had to delve into a box of 35mm slides. Those were the days when 'copywriter' was God’s own job title. He said in the beginning was the word, so maybe that’s right."

"Mastery and use of English meant the British copywriter was the best in the world, and is why in the English-speaking world two-thirds of CDs are copywriters."

"In France, where they have a a smaller number of words to use, this is reversed. A paucity of words meant relying on the image. In France we often see a sensational image, not necessarily the product or service."

"This campaign that began in 1970s. I think this one was 1981 or 1982 and written by Tony Brignull, who asked the reader to answer these 10 questions and work out the date of your own death.

"He knew how to construct an effective ad.

"It was and still is something that gets your attention. You notice. You engage. You do what it wants you to do. There's curiosity about the benefit and news.

"Why news? We are a curious species. A basic survival mechanism. The human brain developed 10,000 years ago in Africa. For our ancestors, alertness to the new, the unknown was fundamental to survival.

Will it eat me? Can I eat it? Can I shag it? All questions designed to perpetuate its genes.

"As we grow older, our need to be curious, our need to look for the new is not just about survival, but an engine of growth and development.

"The graduate who arrives and realises that their course is worthless is the one who will succeed. Whether it's hunting for prey in Amazon rainforest or looking for Christmas presents on Amazonco.uk.

"This ad is news. Also self-interest. If I can work out the day, can’t I extend the deadline?

"Tony Brignull knew this - he learned from other ads. He learned what works.

"Engagement? It’s a new thing. In advertising, we talk about engagement but I have not yet come up with anything to define what it is. We’re all trying to achieve it.

"Stephen King said, 'People will engage with what you have written when they can see themselves in the story you are telling.'

"Tony Brignull knew this. This is all about you the reader. You or Yours appear six times in the first paragraph. You need a ratio of three times more 'you' than 'I' 'me' or 'we'. You is in this ad 23 times in the 46 lines.

"If you are writing about I or we, you are banging on about yourself.

"The last three paragraphs tell you to get involved.

"Neil Godfrey the art director added the coupon. This ad is not finished until you reply. 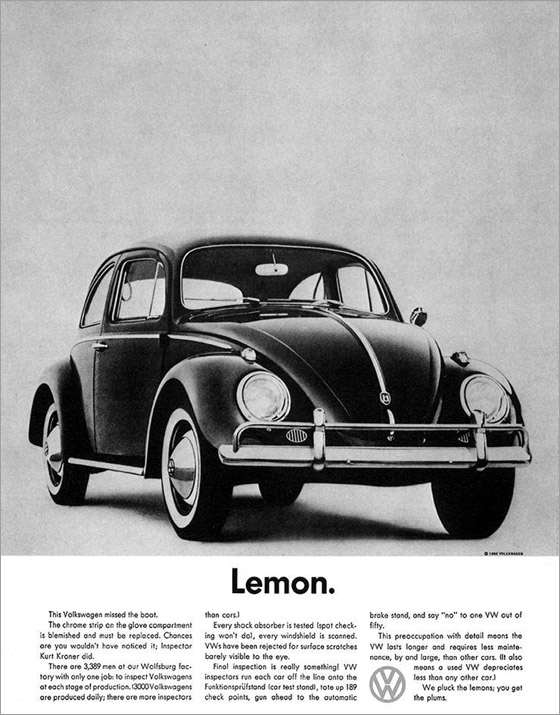 "Rooted in the past. Bernback’s Lemon. The most influential print ad of all time.

"It's also the most influential layout. Ron Brown, one of the best designers ever was not afraid to copy it in this ad for Apple by AMV. 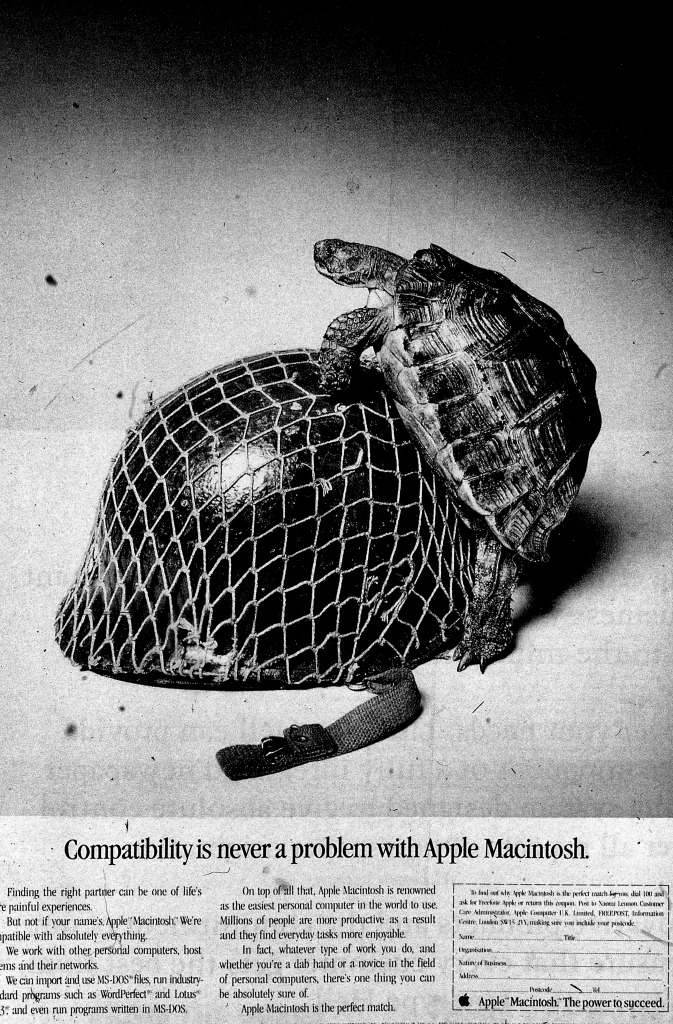 "This is about abruption - impact to get your ad noticed. Then it has to be noticed for its relevance.

"This visual is the acme of abruption. When I see that, I am going to look at it.

"The visual is the abruptive element. The headline makes it mean something.

The writer, Michael Duffy, adds facts to convince the person that this can deliver on the benefits it promises. Again, a coupon at the end. Nobody’s holding their nose. This is direct response advertising. Get a response from the reader.

"We are at the high watermark of copywriting in the UK.

"There are rules of engagement for everyone who comes into the agency. Copywriters are hugely self-confident at this time. They know how to break the rules when necessary to do something outstanding. They had respect for the reader.

"David Abbott - he likes his audience." 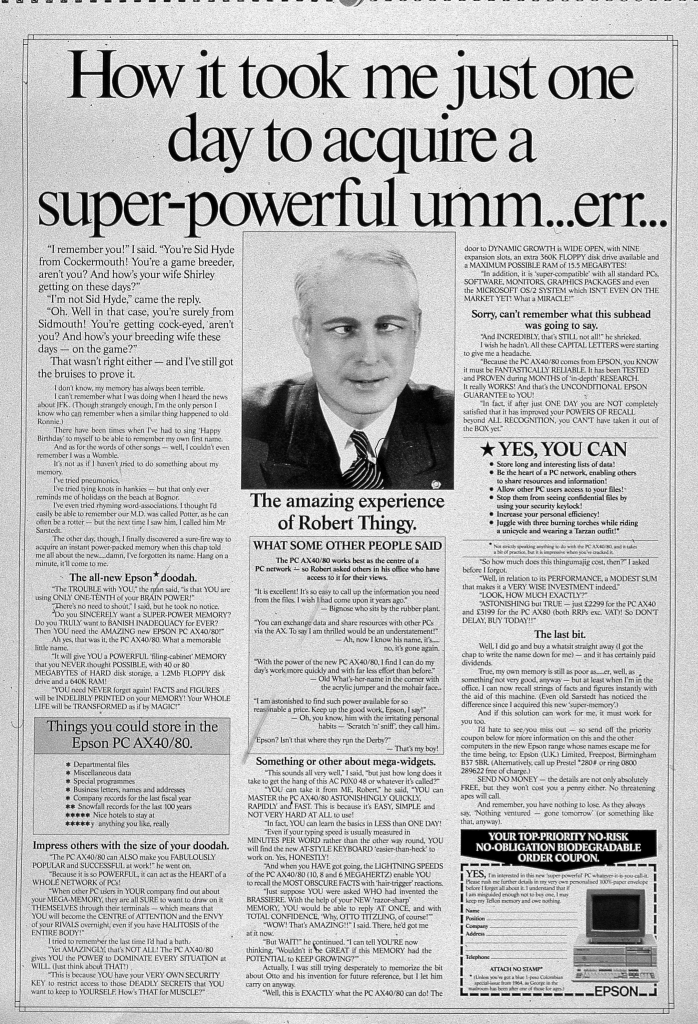 "This is a parody of a John Caples ad that ran for years.

"It's fantastic stuff. So self-knowning and confident. A fantastic parody.

"But an awful ad. Who is it written for? Will they get the joke? Will they chuckle along?

"I think this is instructive.

"In the mid '90s the copywriter was so hugely self-confident that they could ridicule the skills and talents of their profession.

"Confidence tipped over into arrogance." 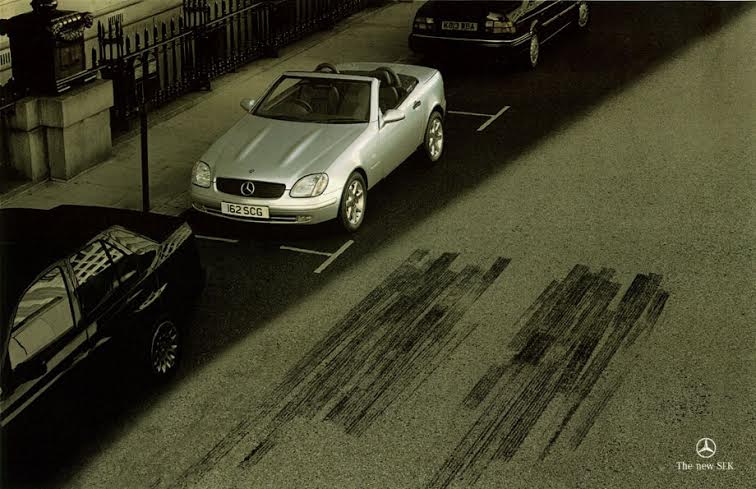 "For the 00s, this is exemplary of the work that dominated the 00s but it appeared in ‘98 but is as fresh and clever today.

"The message is clear: drive a Merc and you will be envied by everyone.

"Neil French, then global creative director at O&M, announced that from now on, the ideal ad is one where you take out all the copy, left only with the visual. This minimalism became the global orthodoxy.

"To this very day, it’s virtual impossible for a copywriter to win a best copy award unless you slavishly follow this orthodoxy. 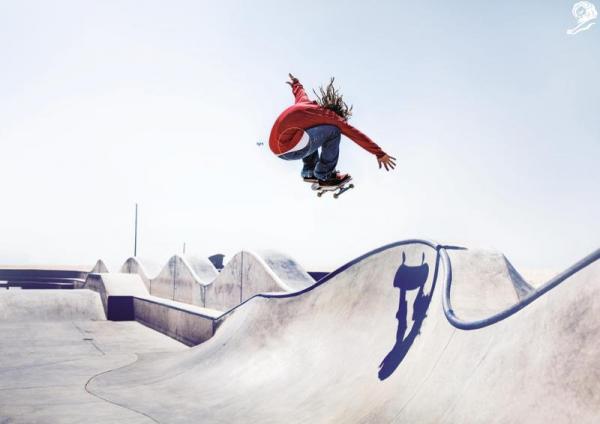 "This is the final manifestation. No head, no logo on these pepsico ads. I know who the ad is for because it said on the Cannes catalogue - I woudn’t have known otherwise.

"Is it there to attract attention?

"This is totally pointless. What story is being told? Girl on skateboard. The end.

"What do they want the reader to do? The reader has never been involved.

"This is a dialogue between the CD or one of the big regional networks talking to the CMO of a huge brand.

"It says ‘we can serve 90% of your market with no changes’. It costs nothing and will win awards.

"Why will it win awards? Who judges awards? The metropolitan elite, who churn this stuff out on a daily basis. They set the agenda for what a good ad is.

"They have become the arbiters of taste.

"Am I being unrealistic? Am I wrong?

"I’m being unfashionable. This is something to be wished for in an industry that prides itself on its unorthodoxy.

"Look at Trip Advisor. People do there to find out information they need to make a good purshase. The popularity of forums on the web shows that people need to go to to find out the information that advertisers refuse to tell them.

"This search for product information is hard-wired into us.

"Curious about leaving the EU? Nobody spelled out the pros and cons of the debate.

"Headlines - do they work?

"I think Hillary would be picking her administration if she picked better headlines.

"She had 'Break the glass ceilling'.

"We have our own metropolitan elite who for 20 years have told us how the ads should work.

"The working life of the copywirter and art director are fucking miserable.

"They have a Davros - it’s called Cannes.

"Does it bear any resemblance to what goes on in the office? No.

"Nobody is interested in headline, body copy and strapline. From the elite we have sneering ridicule and distain.

"Question the dictats of the metropolitan elite and reclaim the self-respect and satisfaction we had when it was God’s own job.

"Consumers don’t want a social purpose, but they want cheaper." 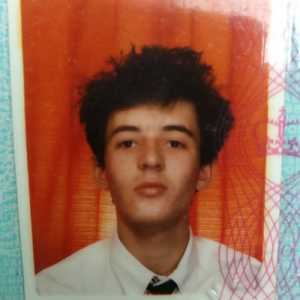 6 years ago
Brilliant article - are the typo's intentional?