Gender Gaps in the Creative Sector: Thoughts from Sheryl Thomson 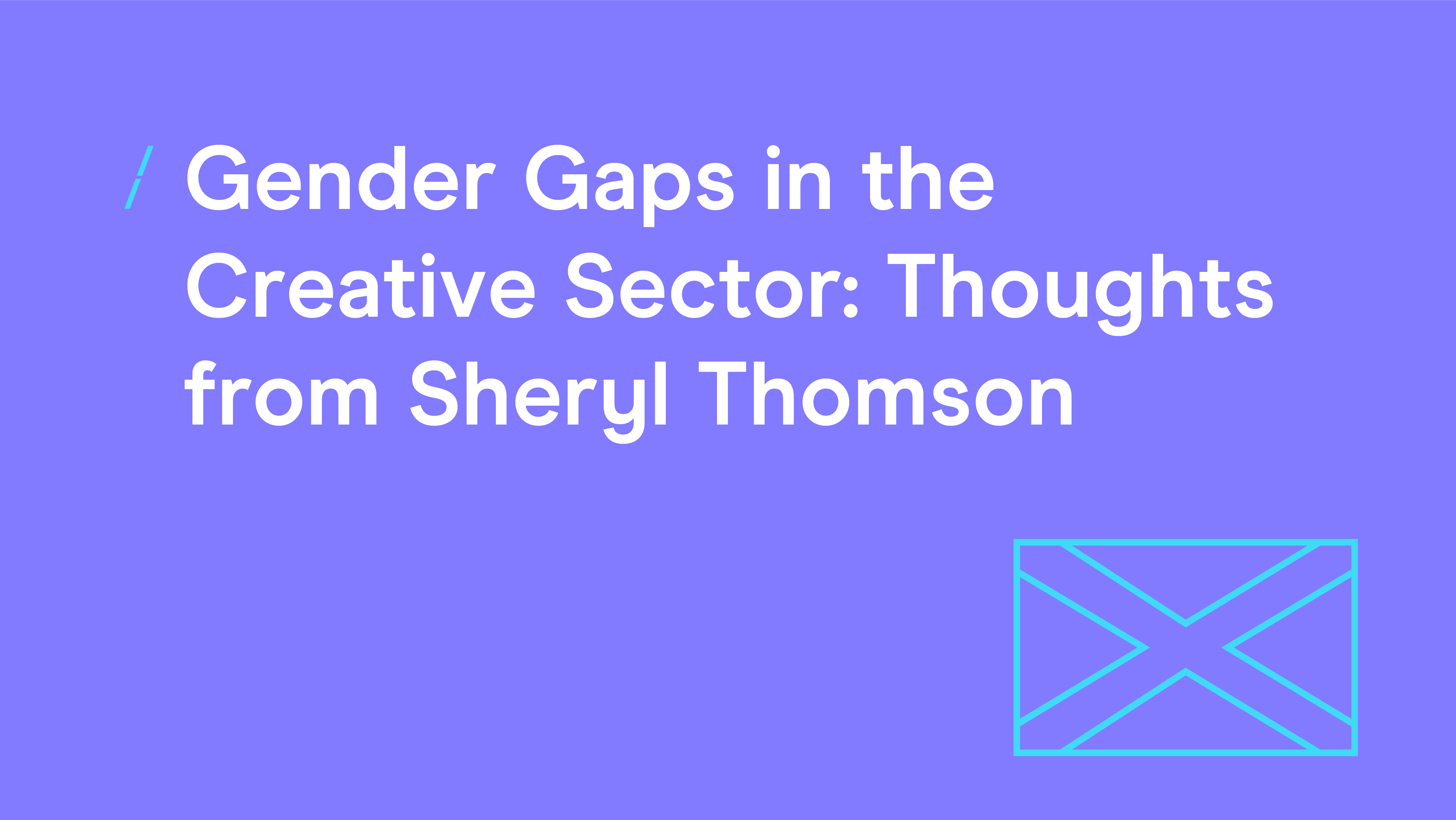 When I started out in the industry, there was one female creative director in the UK. One. Not one percent of CDs, just one solitary woman. Cut to 21 years later and we’ve now reached a grand old total of around 11%. Not exactly moving at the speed of light, are we?

As I’m counted within those low double digits, I get asked all the time why there aren’t more female CDs, as though I have some killer insight into what it takes to make it in the industry as a woman. But honestly? For the longest time, I didn’t even realise that gender was something that could hinder a creative career.

Looking back to when my own career really took root, I was in an agency with a strong, mainly female, creative department. I didn’t realise that was an anomaly. I didn’t know there was a serious lack of female representation in leadership roles outside the four walls of my agency. In this little bubble of mine, there was no reason why being female would stand in the way of becoming CD.

Now don’t get me wrong, there were a lot of overtly “laddish” agencies that I steered clear of. I wasn’t oblivious to the sexism happening in the industry. I had a (male) client who thought my only role in the meeting was to make them coffee. Another who thought it was entirely appropriate to ask me to sit on their knee at an awards event. My personal favourite though was presenting an awesome piece of work to a client – who then directed all their comments and questions about my work to the man in the room. Was it wrong? Completely! But I naively (or luckily) didn’t see it as a barrier for me getting to where I wanted to be in my career.

It wasn’t until I took on the role of CD (replacing another female CD) that the blinkers came off. I was playing with the proverbial big boys and became a bit lost in a sea of men with big egos. The disparity at industry events was clear to see. People were well intentioned, but I would often be, and still am, wheeled out for being the rare breed that I seem to be.

So, when I’m asked why I think there aren’t many female creative directors in the industry, it gets complicated for me. The truth is – I can’t answer that for all women, as I am only one voice.

I can question whether the industry’s entrenched ‘devote your life and give up your weekends at the drop of the hat all for the love of it’ attitude is in any way compatible with the flexibility necessary for having children, caring responsibilities, or just simply a life outside of work. Just how quickly does having to ask for such a basic level of understanding and decency from your employer put you off your dream job?

I can question if there are still latent sexist attitudes in the industry that are too often being excused and shrugged off with a ‘that’s just how it is’ or ‘they didn’t mean it like that’. How many times can we expect women to challenge this – only to be pegged as ‘aggressive’ or ‘difficult’ – before they exit the industry completely?

The reason there aren’t more female creative directors isn’t just one reason. So maybe instead of asking one woman for an answer, it would be better ask the females within your department what challenges they’ve faced in their careers. What challenges they’re still facing. No women to ask? Start by questioning that.

By creating an environment that gives everyone a voice and everyone feels listened to, we will help change this. I am proud that some of the biggest changes that have happened in our agency have been from young females, new to the industry, that question what we had put up with for years. Champion the question askers.

Lift up these inquisitive folks. Be open to change. They will help remove the blinkers of the bods at the top and see the world through the eyes of the next generation who are going to totally boss this. Sadly, if the percentage of women CDs in the industry keeps growing as slowly as it has in the last 21 years (which is exactly what will happen if there isn’t radical change), I might not see gender equality in creative leadership roles by the time I retire.

That reality only pushes me to continue fostering and growing the talent of females both in and about to enter advertising - making sure they have the tools and support to stay in the industry and tip that balance.

I urge all creative leaders to do the same. When hiring, check your unconscious bias. Try blind portfolio reviews instead. Build up your female creatives as they might not feel as comfortable bigging themselves up as their male counterparts do. And don’t sit by when a male client or colleague dismisses a female’s point or makes a sexist remark.

So, what do women want deserve?

The same as anyone else. To be heard, to be respected, and to be valued for the flipping amazing beings that they are.

There are some amazing resources out there that expand on the benefits of diversity in the workplace and what you can do to support it. Here are a couple of my favourites:

Brandsplaining by Jane Cunningham and Philippa Roberts – a cracking book that looks into how marketing is still sexist and how we can fix it (an excellent one to unapologetically leave on the desk of anyone who thinks there isn’t an issue).

Theotherbox.org – created to help facilitate honest conversations on the importance and value of diversity and inclusion in the workplace. Great courses and job posts too