2019 Silver Best Use of Social Media 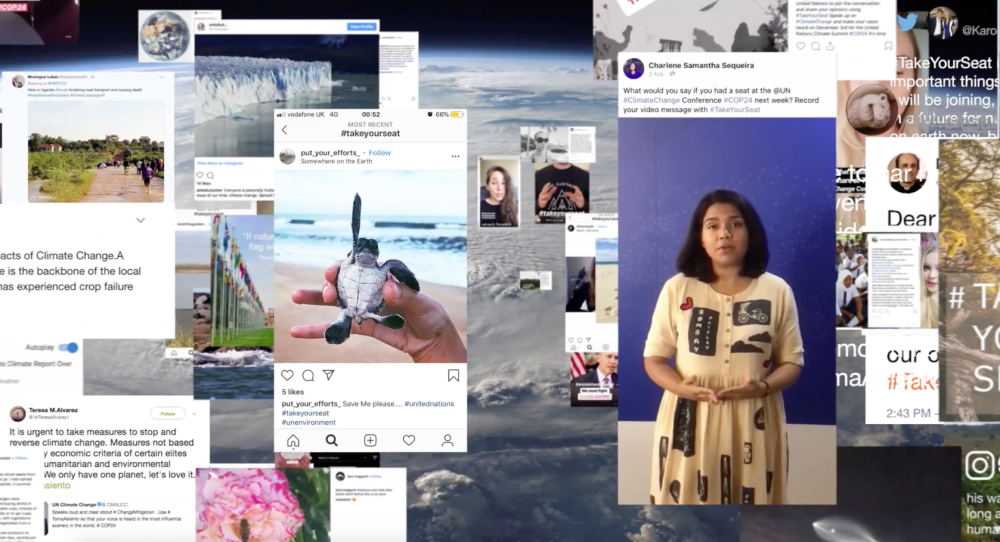 The UN wanted to be seen as the world's most important active platform for change, but faced a perception problem due to a lack of understanding about its role.

The People's Seat campaign, with a media budget of just £65,000, was created as a way to address perception issues.

Social media was used to gather the people’s voice, forming the basis for speeches by The People's Seat representatives.

This would enable the UN to inspire direct action on climate change through the creation of the Messenger ActNow.bot.

A team of agencies came together to help the UN reconnect with the world’s citizens and put them back at the heart of the matter.

UN Secretary General, Antonio Guterres delivered one of his most direct and ground-breaking addresses, raising the alarm on climate change and aligning the issue to The People's Seat.

Each of The People's Seat speeches was written using the voice of the people.

Content was gathered from social media using the hashtag #TakeYourSeat. Sir David Attenborough was chosen for his authority and resonance with young people to launch the initiative.

Two weeks before the UN's COP24 event, he invited the world to #TakeYourSeat in a social media campaign to rally the public.

The launch video was shared across the UNFCCC's social channels and by a global network of influencers.

The video was crafted using a range of social media data into an impactful two-minute film to be presented during the speech.

For the first time in UN history, the people's demands were heard, in the room and around the world, live via Facebook.

To sustain momentum, a 24/7 newsroom was set up to provide interviews with world leaders, celebrities, activists and leading UN negotiators.
Facebook Live events and panel discussions were held at a special studio built from recycled materials.

The campaign delivered in terms of effectiveness, creativity and innovation, dominating the global news agenda.

The people's message spread around the world, reaching 1.3 billion people, and there have been more than 100,000 interactions with the Messenger by Facebook Act.Now bot.

The launch video received 9.3 million impressions on Facebook in the first week; 14% of people who watched the Facebook Live video took action.