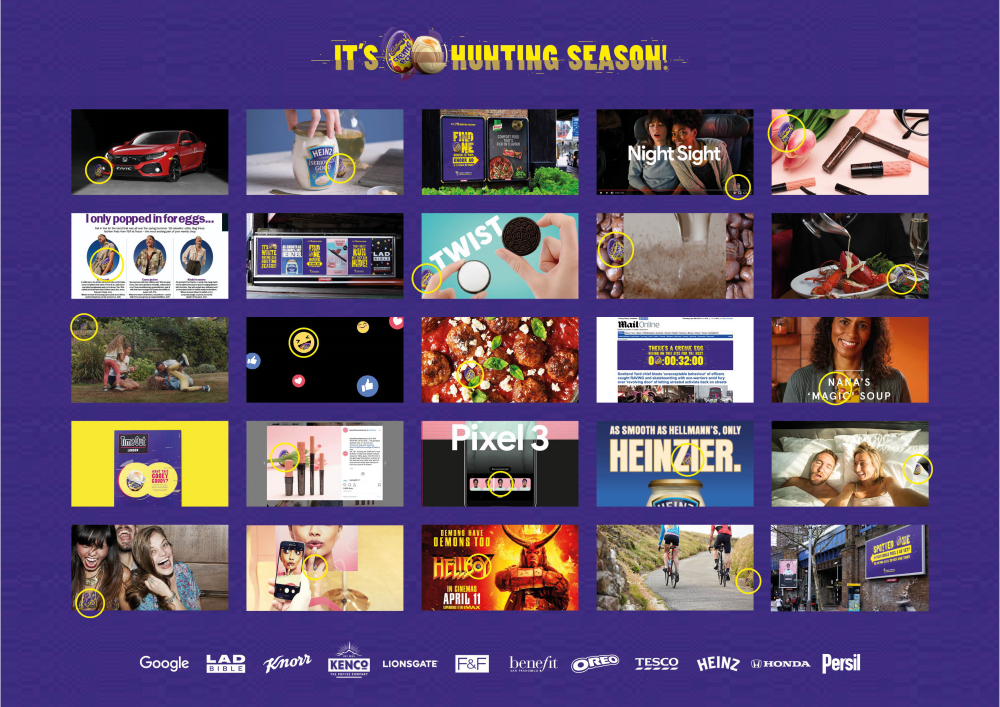 Mondelez needed to hit its Creme Egg sales targets during the four months of the year it's on shelves.

The 18- to 34-year-old target market is driven by newness, but as the product itself remains the same from year to year, the onus is on marketing to drive sales.

The Hunt for the White Creme Egg uses scarcity to great effect.

Clues released and promoted on social media directed people to the hidden eggs.

People needed to hunt the eggs, photo them and upload images to HuntTheWhiteCremeEgg.com, where they could unwrap the egg to instantly discover whether they'd won a milk chocolate Creme Egg or a rare White Creme Egg.

New eggs were hidden across the four-month Hunting Season to sustain engagement.

The Hunt for the White Creme Egg enabled Mondelez to combine fans' love for the product with scarcity, to drive desirability and urgency.

The campaign was all about hacking other brands' ads, so the creative was a glitchy concept that looked like content was being hacked in real-time.

Existing TV ads were also hacked by glitching a five-second segment that announced the new campaign.

The audience wanted newness, not predictability.

Rather than one big London event and a few White Creme Eggs hidden in stores, the agency created a multi-media experience that meant anyone could become a Creme Egg Hunter, wherever they were.

Once people found a hidden egg, Creme Egg-branded signposting in the distinctive, glitchy style directed them to an online campaign hub.

Built-in image recognition technology allowed hunters to upload a screengrab or photo of the egg they'd found and instantly “unwrap” it without leaving their browser.

A nationwide frenzy capitalised on people's love for the product, driving sales of the core range.