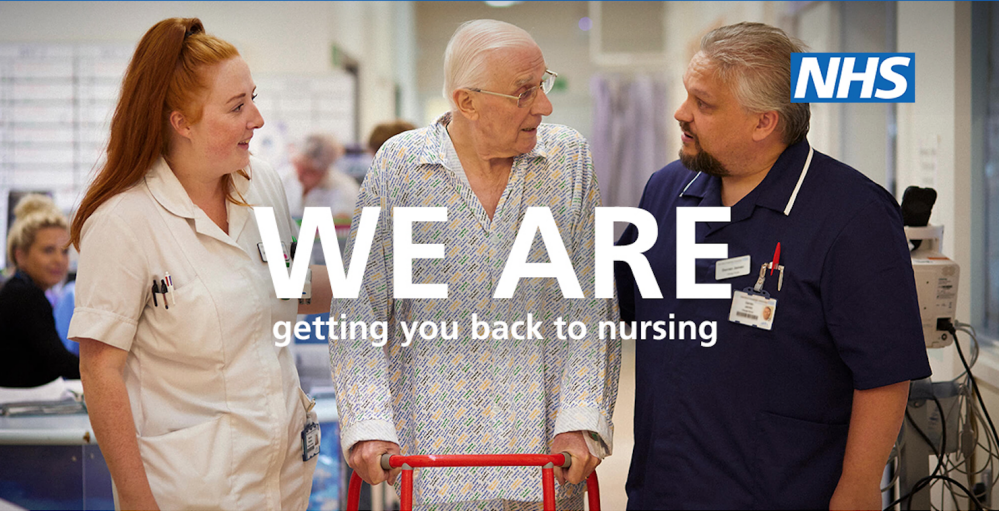 The NHS is facing crisis.

More nurses are leaving than joining - and there are over 40,000 vacancies. Training new nurses takes three years and freelance recruitment costs billions.

The campaign needed to convince ex-nurses to come back.

Nurses were asked why they were leaving the profession and segmented into three categories: disillusioned, retiring and time out.

The latter “planned returners” - the biggest pool but easiest to turn round - became the target.

Many had rational barriers such as childcare, but others were having a crisis of confidence.

To combat this on a small budget, reaching as many lapsed nurses as possible, the initiative needed to punch above its weight and get noticed.

Mumsnet was singled out as a key partner, with a high number of site users in the target market.

Reminding people what they love about nursing was critical to them building a renewed emotional connection with the job.

Reassuring them was just as vital.

Real stories of current “returners” were told through relatable and inspiring films.

These empowered people to remember their own nursing experiences and create applications.

Showing the returner journey from the beginning to their current position in the NHS, discussing barriers to soothe concerns, proved inspiring and emotive.

The creative followed the audience from inspiring acquisition and on-site media on Mumsnet to a personalised CRM programme.

The final stages of the journey overcame “application anxiety” with reminders of the love of nursing and inspiring quotes, along with practical guidance.

Hundreds applied to return, leading to a recruitment ROI 10 times greater than ever before, saving over £500,000, and resetting the NHS' long-term recruitment strategy.