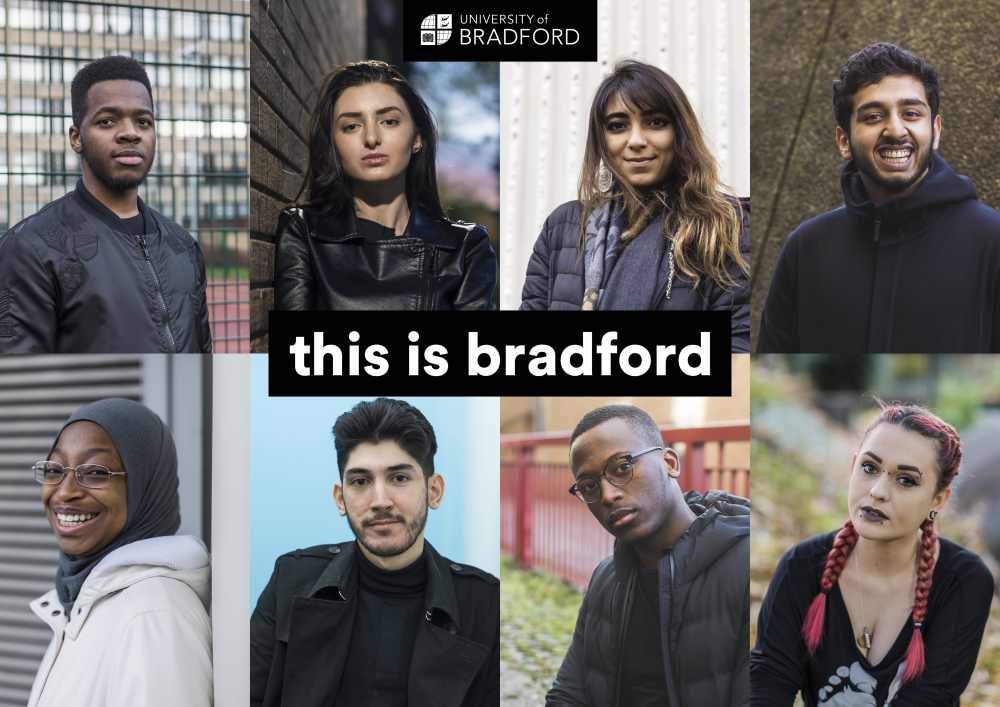 This seat of learning required a bold campaign to turn around UK undergraduate applications that were in decline.

pslondon embarked on a huge research project, spending time with over 750 prospective students across the UK to understand what hooks them in to a university.
The key themes linked to Bradford were social justice and authenticity.
That meant the student voice was vital for the campaign.
Social media channels were scoured for students and alumni with unique, inspiring stories they wanted to share.
This brave approach showed confidence and pride in the people that make a university unique.

The campaign built on the premise that the university experience shapes people and, for many, becomes an integral part of their identity.
The research gave the university clarity and confidence to own and celebrate the city’s unique character and pride. Gritty imagery added to the authenticity.
The creative brought to life an ownable strategy in a cluttered landscape.
With students owning the communication, the campaign couldn’t belong to anyone else in higher education.

Compared to September 2018, the university saw applications increase by nearly 15% over predicted numbers and a 34% uplift online.
That was worth £8m in fee revenue, providing ROI of 16.
Staff, students and alumni agreed the campaign had generated a new sense of pride in the university.
The integrity and authenticity of the initiative were underpinned when it won the UK's University of the Year for Social Inclusion 2020.