According to recent reports in the Wall Street Journal, 1,398 hashtag trademark applications were filed globally in 2015, compared with only 7 in 2010 and 103 in 2014. Although only around half of applications are currently being approved, the statistics are suggestive that hashtags are a valued commodity that warrant protection where social media dominates not only our social lives but also how we digest news and commercial advertising.

The UK had the fourth highest number of hashtag trademark applications (115), behind the US (1,042), Brazil (321) and France (159). Although these will apply mainly to Twitter, the use of hashtags has been adopted by users of Instagram, Facebook and Pinterest amongst others.

Companies attempting to secure the sole branded use of their hashtag will have to prove its value. A company must be in a position to demonstrate that it is providing a product or service to the general public that can be directly associated with that hashtag. As well as more obvious registrations that are easily associated with a particular brand – Coca Cola’s #smilewithacoke and #cokecanpics - there have been a few curious, yet successful examples, such as #blamemucus, whereby US pharmaceutical company Reckitt Benckiser LLC used its ‘mucus’ television character in conjunction with a prolonged social media and in-store campaign for its Mucinex products.

Trademarks are rarely used to prevent a name or phrase being used, but rather to protect it from misuse by competitors. Fundamentally, the use of hashtags is to spread a wide message and to build a community or following. By trademarking a hashtag, the rights holder will effectively take ownership of that community to the exclusion of others.

Although many hashtags will include the name of a product or brand that a company is seeking to protect, it isn’t always the case. Analysts have recognised a movement towards trademarks for hashtags that have a message or portray a particular mood. One of the more prevalent of these is Procter & Gamble’s #likeagirl hashtag which has been rolled out across several jurisdictions and a number of social media channels for its Always female sanitary products range.

Registering a trademark can be a lengthy and costly process and should be reserved for recurring or long standing campaigns or established, recognisable names or slogans. Starbucks’ annual #redcups is a good example of when a hashtag is already associated with a brand and may be successfully registered. Even registering a slogan that starts life as a hashtag can work, such as Wyke Farms’ ‘Free Cheese Friday’ which originally started life as a successful social media campaign but took on a larger life. Interestingly, the #freecheesefriday hashtag itself has not been registered separately.

Once you have a trademark registered, you will have the right to enforce it. However, the costs of enforcement are often disproportionate to the potential damage, both financially and on reputation. On social media particularly, there is a significant risk of backlash from users when steps are taken to assert any level of authority over the freedom of expression social media is believed to promote, or when ‘hashjacking’ another trending or popular hashtag.

Each hashtag will need to be considered carefully and on its own merits. Regardless of the law, it is common sense to check whether a hashtag is already being used (and what for), how it may be misunderstood (#susanalbumparty) and, whenever seeking to engage with the public, how it may come back to bite you (#MyNYPD). How the courts determine what may constitute an online infringement in the world of hashtag trademarks is, for now, yet to be seen. #watchthisspace 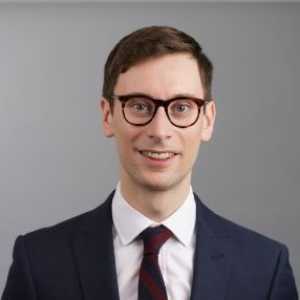