Two things are guaranteed to bring a tear to my eye. Both are theatrical masterpieces directed by Tom Morris, the highly respected Artistic Director at Bristol Old Vic. One is his acclaimed Warhorse and the other is the immersive musical adaptation of Victor Hugo’s novel The Grinning Man - beautifully brought to life by Tim Phillips and Marc Teitler’s mesmerising and evocative score. Both feature puppets. Yes, puppets make me cry…what’s that all about?

I had the great privilege and pleasure of speaking with Tom Morris during the intermission at the closing night of The Grinning Man in London’s West End last year. I asked him that very question and he replied “puppets give maximum imaginative scope to theatre audiences. The unique thing about any live performance is what the audience might do to transform what they see”.

This might help to explain the most recent creative gem to make Buffers blub. A certain short film which was produced by Gloucestershire-based independent film maker Phil Beastall. Love is a Gift hit the national news headlines in December when it went viral via social media and gave the Christmas John Lewis ad a run for its money - £50 compared with an estimated spend of £7 million by the retail giant to be precise!

It features a young man anticipating the contents of a carefully wrapped gift while counting down the days to 25 December. When Christmas morning finally arrives he opens the gift to reveal the last in a series of audio cassettes (remember those?) and then…well, you’ll just have to click on the link below to find out…

Described by the media as “pure, raw emotion” it is, for some of us, perhaps about being able to relate to what we’re watching. For others, maybe it stirs up deep, dark fears. Whatever the reason, like the Warhorse and Grinning Man puppets it generates an emotional response – and an extremely powerful one at that! As Tom Morris suggests, it’s likely to be the result of how we as individuals process and interpret the visual imagery, music and dialogue.

So, why you may ask, have I chosen to admit to an entire industry that these three things make me emotional? Well, quite simply, it intrigues me that creativity can do this to me and millions of others. As marketers we’re constantly seeking new ways to engage with audiences and get a response. Some brands have been harnessing the power of emotion in their ads for years. We as an industry can learn a lot from our creative friends who work in the theatre. Filling an auditorium every night isn’t easy and relies heavily on very good promotion to make it happen. As with marketing, there’s a very fine line between an award-winning success and a dismal flop.

But get it right and truly amazing things can happen – as was the case with The Old Vic’s Grinning Man. The production was the finale to the world-famous theatre’s 250th anniversary celebrations and was to run for one month. After just a couple of performances something very interesting began to happen. Old fashioned word of mouth went into overdrive and Grinpayne the mysterious man with the hideously beautiful smile which genuinely shocked audiences as it was revealed during each performance became the talk of Bristol. Not only was there standing room only in the Georgian auditorium – the show received standing ovations night after night. But the phenomenon didn’t stop there – the Holy Grail of marketing manifested itself – obsessive loyalty! Audiences kept coming back again and again – just like Phil Beastall’s Love is a Gift, Grinpayne had touched all of our hearts and stirred up some deep and powerful emotions. A year later the production transferred to London and enjoyed a highly successful run working its magic on West End audiences. See for yourself and smile… https://www.youtube.com/watch?v=qN9h8bIa3PU

Emotion matters. It always has – we’re only human after all. However, until recently, society with its stiff upper lip didn’t like to acknowledge or encourage it. But things appear to be changing and as an industry we need to be aware of and embrace these changes. ‘New men’ are now old news and the world is suddenly talking about the perils of ‘toxic masculinity’. It can all be a bit confusing, but in my humble opinion it’s a good thing that we can all now let the tears flow without the fear of being told to “man up”…oh how I’ve always detested that phrase!

What does all of this mean for the marketer? It’s complex and has the potential for controversy as Gillette recently discovered. So, to help you avoid the pitfalls the DMA is dedicating an entire event to the subject of emotional marketing. Join us in Bristol on the evening of Thursday 25 April when we’ll be exploring this fascinating subject as part of the DMA’s Campaign for Great British Creativity. Sadly, the puppets won’t be making an appearance, but it will feature Phil Beastall’s famous film in addition to a selection of marketing campaigns which have successfully tugged at our heart strings - and purse strings. And with the help of leading social anthropologist Dawn Walter along with experts from award winning agency Different Kettle, we’ll be doing our best to make sense of it all.

You can book your free place here: https://dma.org.uk/event/creative-club-bristol And don’t worry - we’ll be providing tissues on the night – but they won’t be ‘man sized’. 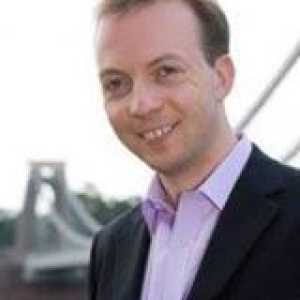